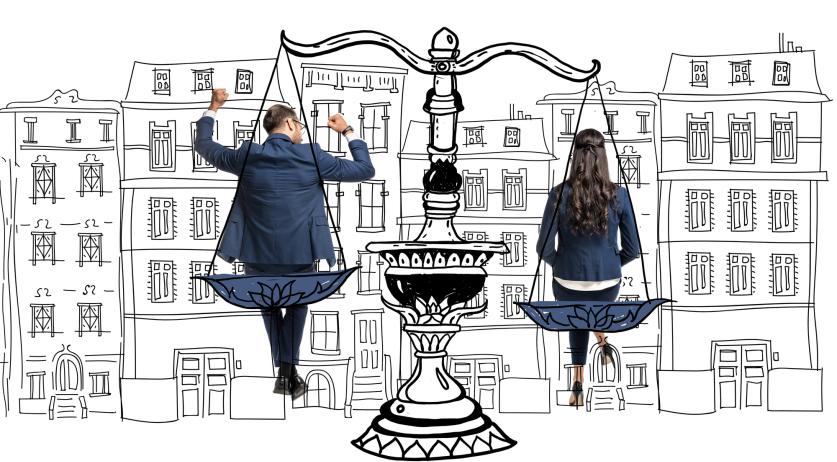 The gender wage gap in the Netherlands shrank again in 2019, but the average gross hourly wages of women were still 14 percent lower than that of men, Statistics Netherlands reported on Friday. Women's average annual wages, including bonuses and other special awards, were 38 percent lower than men's last year.

The difference in hourly wages has been decreasing in the Netherlands for years, by an average of 0.5 percent per year since 1995. Over the past ten years, the wage gap in the Netherlands decreased fro 20 percent to 14 percent. A major factor in this is that women are now more educated than their male counterparts, Statistics Netherlands said. "This applies most strongly to employees up to the age of 45. Ten years ago, that was still 35 years," the stats office said.

According to Statistics Netherlands, a large part of the hourly wage gap can be explained by men being overrepresented in higher paid job. If you look at the median hourly wages - the exact middle when all wages are sorted from lowest to highest - women are paid 7 percent less than men. The difference between men and women is in the jobs with a wage of at least 30 euros per hour. A quarter of all men earn 30 euros per hour or more, compared to 14 percent of women. In jobs that pay less than 30 euros per hour - 5 out of 6 jobs in the Netherlands - the average hourly wages of me and women are about the same.