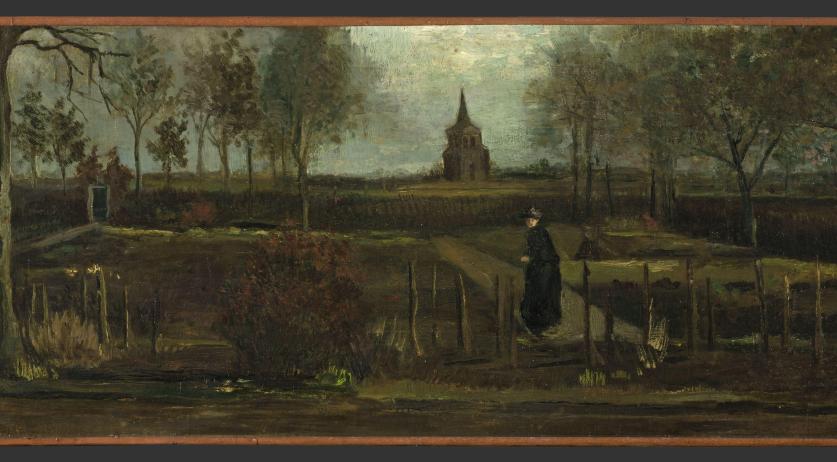 The police are calling on people who visited the Singer Laren museum to send them photos taken in the museum. Investigators hope that these photos will help them track down the perpetrator who stole a Van Gogh painting from the museum late last month.

The investigators hope they may spot something or someone suspicious in the submitted photos, such as someone who was in the museum on multiple days, a police spokesperson explained to NH Nieuws. "Visitors to the museum may have photographed different places after all, and from a completely different point of view. We hope that this will help."

Last week the police shared video showing the suspect. He arrived at the Singer Laren museum on a scooter, used a sledge hammer to break the bullet-resistant glass and get into the museum, and then left the building with the painting under his arm.

The stolen painting is titled The Parsonage Garden at Nuenen in Spring. Vincent van Gogh painted it in 1884. The painting was on loan from the Groninger Museum. It was hanging in the Singer Laren since January 14, so the police are looking for photos taken since then.

The police also want to talk to anyone who think they may have information relevant to the investigation.