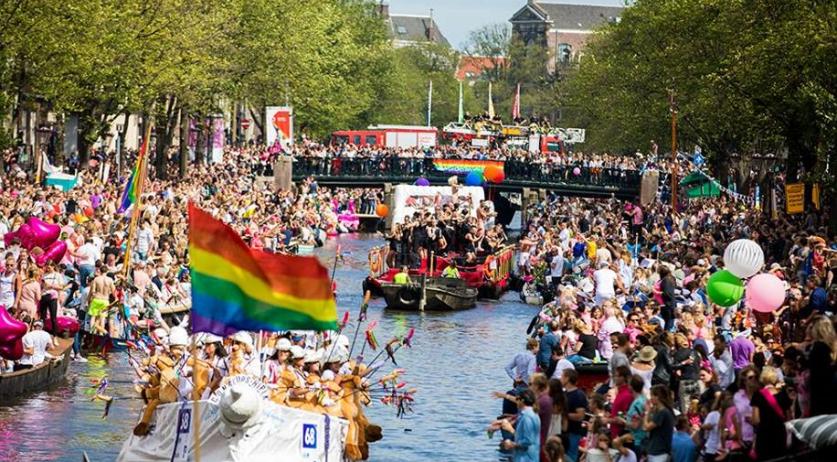 Pride Amsterdam canceled over coronavirus; Maybe no events till September

Pride Amsterdam, scheduled from July 25 to August 2, has been canceled due to the coronavirus, foundation Amsterdam Gay Pride (AGP) announced. A proposal to ban all events until at least September 1st is circulating among top officials in The Hague, RTL reports based on documents it saw.

Next week the government hopes to decide on whether or not to relax some of the measures in place to curb the spread of Covid-19. They're mainly considering relaxing measures around primary education, childcare, and after-school care, according to RTL's documents. The possibility of opening sports organizations to children is also being considered.

This year is the first time that a Pride Amsterdam edition has been postponed since the start of the event in 1996, NU.nl reports. "We run into too many uncertainties and limitations," AGP chairman Frits Huffnagel said. "In addition, organizing a Pride in a 1.5 meter society is also not feasible. Full street and square parties and hundreds of thousands of people on the quay and boats along he route, that is simply not possible at this time."

The financial aspect also played a role in the decision to postpone the event. According to Huffnagel, many of the event's partners currently don't have the money to organize a Pride party or have a boat in the Canal Parade.

The 25th edition of Pride Amsterdam will now be held next year. The Canal Parade has been moved from August 1st this year to August 7th, 2021 on the program. The municipality of Amsterdam extended the AGP's license by a year. The municipality is also helping out financially. Organizers are allowed to keep 80 percent of the grant amount received to mitigate 2020 losses. "Otherwise we wouldn't have been able to keep it going," Huffnagel said. "Now we can take our responsibility and act carefully towards our own people, our participants and all parties involved to make Pride Amsterdam possible every year."

"Obviously I am heartbroken about not going through, but I also know that this is the only right decision that we were able to make," Huffnagel said.

A group of mayors wrote a confidential letter to Prime Minister Mark Rutte, asking the government to consider more than the medical side of the coronavirus crisis, sources told RTL Nieuws. Mayors Femke Halsema of Amsterdam, Ahmed Aboutaleb of Rotterdam, Paul Depla of Breda, Hubert Bruls of Nijmegen, and Jan van Zanen of Utrecht noticed in their cities that the measures are increasing inequality between people as well as increasing social tensions.

The mayors pointed out that domestic violence is on the rise because everyone is forced to work at home. They also want to give young people more space to exercise. "You can close all sports clubs, but that has major consequences for the freedom of movement of young people," a source told the broadcaster. According to the mayors, this leads to frustration and rules being broken on the streets. They are also worried about growing loneliness.