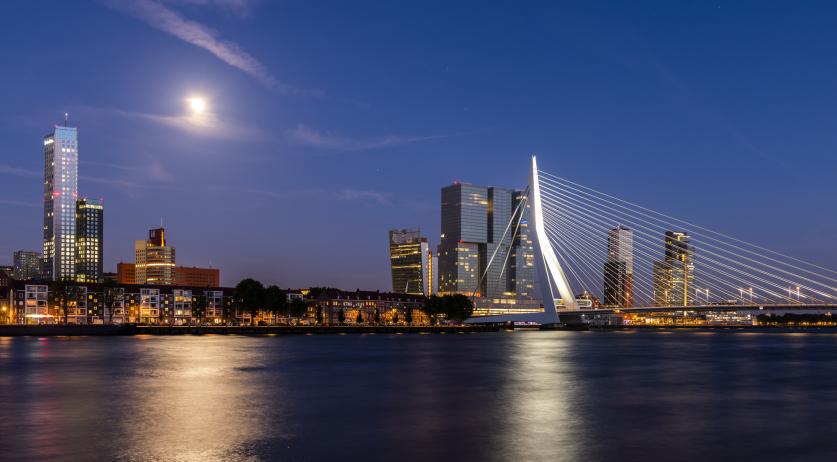 A supermoon will be visible in the Netherlands on Tuesday night, if the weather plays along. A supermoon is when the moon is close to the earth during full moon, which makes it look bigger than usual.

Popular weather website Buienradar predicts partly cloudy skies from 10:00 p.m. through dawn. But Dutch meteorological institute KNMI is more upbeat. Their scientists expect mostly clear skies, with only some patches of cloud, which are more likely to be present in the north and the east of the country.

The supermoon will be at its best at 4:35 a.m. on Wednesday.

The shortest distance between the moon and the earth is over 356 thousand kilometers, and the longest almost 407 thousand kilometers, Maurice Middendorp of Buienradar said to Edition NL. The full moon in April is also known as the 'pink moon', though this has nothing to do with the moon's color. "The name comes from the flame flower or phlox, a perennial that flowers in April with beautiful pink flowers," Middendorp said.