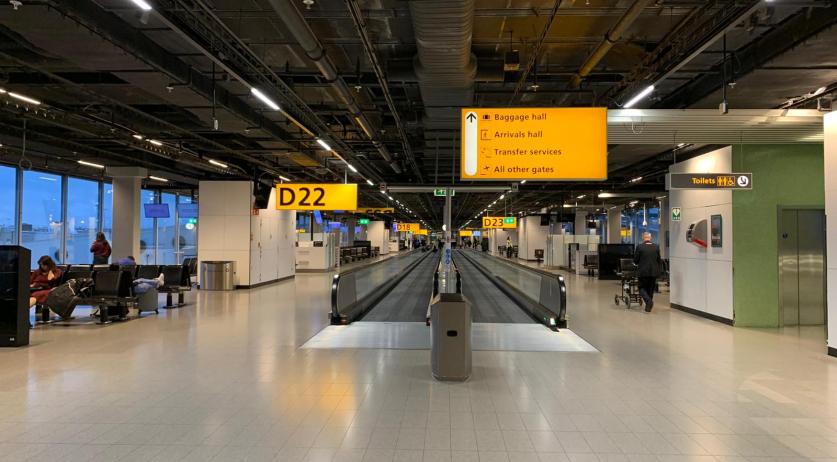 No extra screenings for passengers returning from NYC

Passengers on flights from New York will not be subject to extra screenings when they arrive at Schiphol airport. Their temperature will not be measures and they won't be asked about symptoms, a spokesperson for Schiphol said to RTL Nieuws. "That is currently the policy in the Netherlands. That policy is determined by the government, not by Schiphol," the spokesperson said.

New York was hit hard by the coronavirus outbreak in the United States. Of the over 2 thousand deaths in the country, over 700 happened in New York.

The Dutch union for cabin crew members VNC expressed its concerns about flights to New York. KLM, for example, has a daily flight to and from the city. "We told KLM that it is irresponsible that this destination is now flown to seven times a week. It greatly increases the chance that we will transport passengers with corona and thus expose the cabin crew to an unexplainable risk," VNC said to he broadcaster.

The union wants New York to be added to the list of risk countries, which are subject to a landing ban. Flights from China, Italy, Iran, Spain, Austria, and South Korea are currently banned from landing in the Netherlands. The Ministry of Public Health, Welfare and Sports and public health institute RIVM together decides which countries should be added to this list of high-risk countries. The United States is not on it at this time.

"The entire package of measures as we have it assumes that people with symptoms stay home," a spokesperson for the RIVM said to RTL. "This also applies to people who come from New York. There is no additional advice: it applies that everyone with the slightest symptoms must stay inside."