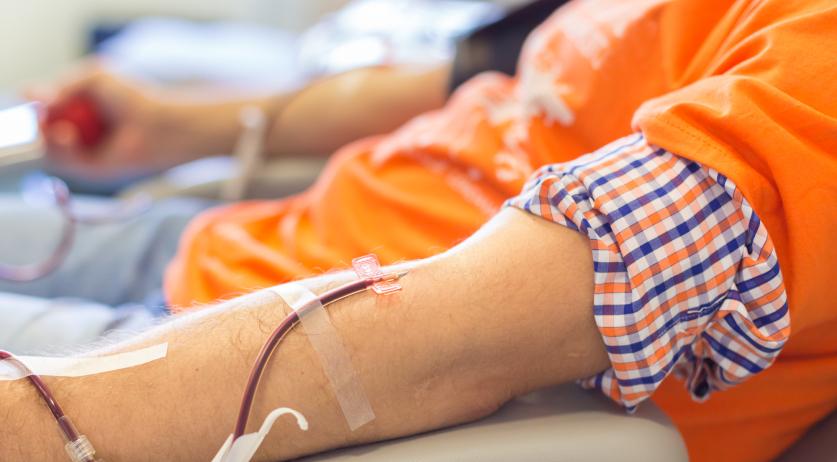 Using a new blood test, researchers from the Dutch blood banks under Sanquin will carry out a national population screening for coronavirus Covid-19. The aim is to find out how widely the virus is spread and how quickly society is building up immunity against it, AD reports.

The researchers will test the blood of thousands of blood and plasma donors to find out whether those donors have produced antibodies against the virus. This will show how large a group is already resistant to Covid-19 in the Netherlands.

"About two thousand blood donors come to the blood bank every day, which is a good representation of people aged 18 to 79 throughout the country. We are going to measures the first samples this week and if everything goes well, we will measure the whole bulk two weeks from now. We start with 10 thousand people, which are all the people who donate blood in one week in the Netherlands," professor and medial microbiologist Hans Zaaijer of Sanquin said to the newspaper.

This process will be repeated every few weeks, which will give a good picture of herd immunity against the coronavirus in the Netherlands.  According to Zaaijer, 99 percent of blood- and plasma donors have given their permission for their blood to be used in this way. The tests will be completely anonymous.

Sanquin announced extra blood donation opening hours at five of their locations, including Amsterdam Plesmanlaan, Dordrecht, Eindhoven, Rotterdam Centrum and Utrecht Uithof. Those locations will be open from 9 a.m. to noon on Saturday, in addition to their normal hours.

The organization's website also has information about opening hours for its locations across the country, and a checklist in Dutch to determine who can register as a donor.