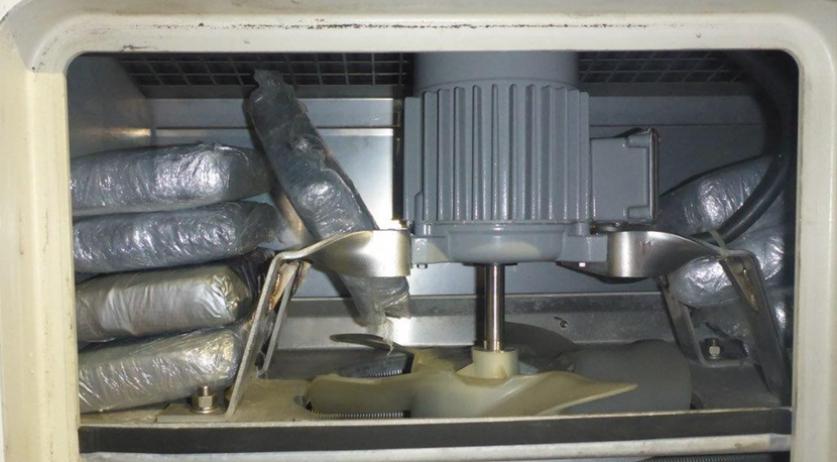 Customs officials monitoring the Rotterdam Port found five different batches of cocaine from Friday to Tuesday, the Public Prosecution Service (OM) said in separate statements. Over 250 kilograms of cocaine was recovered, and eight different people suspected of involvement were arrested.

It started on March 13 when 20 kilograms was found hidden in the machinery of a refrigerated sea container filled with frozen chicken. The following day, officers found two more shipments of drugs hidden the same way, one of 35 kilograms and another of six. Later that day another 160 kilograms was found in a shipment of tin sent from Brazil.

Those four shipments resulted in a total of eight arrests of people found trespassing on the port site. They were suspected of trying to smuggle the narcotics out of the port during overnight hours.

Early Tuesday morning another batch of 30 kilograms of cocaine was found hidden in the fan compartment of an empty container. That box had a shipment of bananas from Peru inside, which were delivered on March 12. "The empty container was later returned to the terminal in Rotterdam where the drugs were intercepted," the OM said.

All narcotics captured were later destroyed.