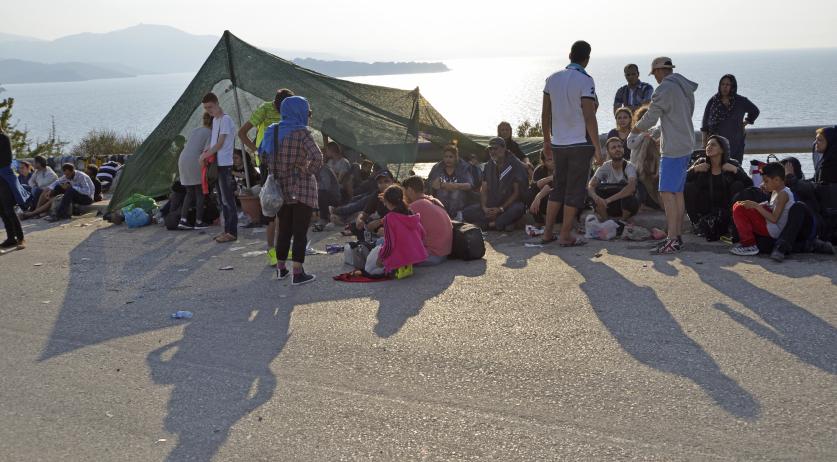 Dutch aid workers from foundation Bootvluchteling are in hiding after they were attacked on the Greek island of Lesbos. "During an evacuation of colleagues in the [refugee] camp, we were driven into a kind of trap. We were attacked with steel tubes and our cars were attacked," one aid worker said to NOS.

"It is currently not safe as an aid worker on Lesbos", the aid worker, who asked to remain anonymous for their own safety, said to the broadcaster.

According to the aid worker, there is a group of right wing extremists who have taken matters into their own hands. They set up roadblocks and use violence in a much more targeted way than before, both against refugees, and against aid workers and journalists, the aid worker said. "The police do not have enough manpower to intervene."

Around 20 thousand people live in the Moria refugee camp on Lesbos, seven times more than the camp was designed for. And the number of asylum seekers showing up on the island by boat is only increasing. The situation has been causing increased tensions on the island for months.

Over the weekend, local residents tried to prevent boats carrying asylum seekers from landing at the island. Over the past weeks, dozens of people have been injured in various confrontations between residents and the police.