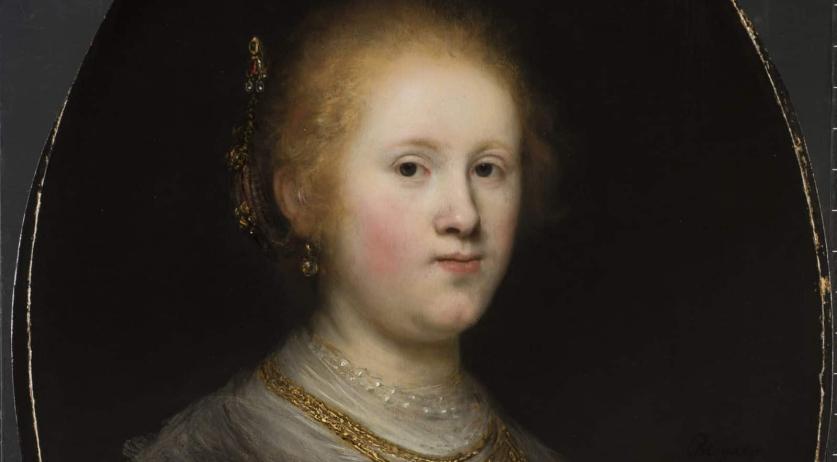 An American museum discovered a previously unknown painting by Rembrandt van Rijn. The Allentown Art Museum for years attributed the Portrait of a Young Woman to one of Rembrandt's understudies working in his studio in the 17th century, but after restoration and scientific study now concluded that it was painted by the Dutch master himself, the Pennsylvania museum said in a statement.

Two years ago the painting was sent to the New York University for conservation and cleaning, where layers of over-paint and varnish that had been added over the centuries were carefully removed. The museum said of the artwork's conservators, "while this painting had previously been attributed to Rembrandt’s studio, during cleaning they found clear evidence that Rembrandt himself had painted it."

Using a variety of tools such as X-ray, infrared and electron microscopy, they are now sure that this was the case, the museum told the Associated Press.

The analysis showed "brushwork, and a liveliness to the brushwork, that is quite consistent with other works by Rembrandt," one of the conservators at the New York University's Institute of Fine Arts said to the news wire.

The painting will return to the museum's walls for a special exhibition running from June 7 through November 1. Attendees will gain insight into the restoration process, analysis, and investigation into the work's creator.

The Allentown Art Museum said it has no intention to sell the Portrait of a Young Woman, so the painting has not been appraised. Other authenticated works by Rembrandt have sold for tens of millions of euros.

For example, last year the Rijksmuseum in Amsterdam looked into buying painting The Standard Bearer for 165 million euros. And in 2015, the Dutch and French governments together bought the portraits of  Maerten Soolmans and Oopjen Coppit for 160 million euros.