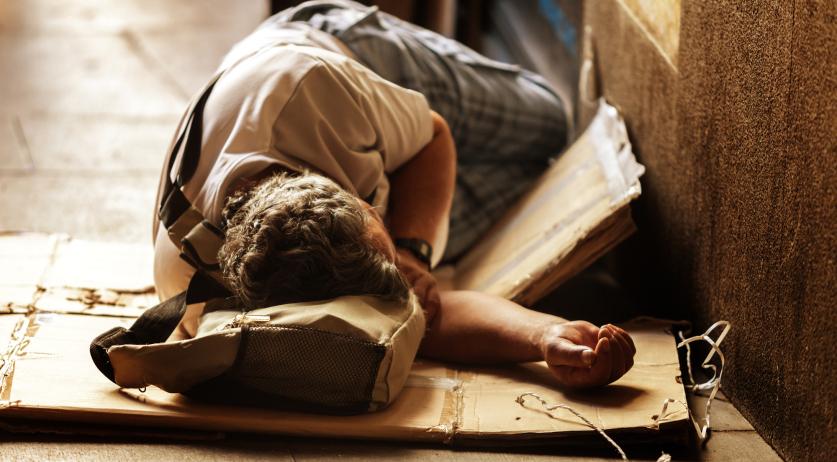 Homelessness in the Netherlands doubled over the past decade to around 40 thousand homeless people, according to figures from Statistics Netherlands. Due to an increasingly lack of available housing and money for counseling, the Netherlands' large municipalities are no longer able to effectively combat homelessness. Overnight shelters are overcrowded in Amsterdam, Utrecht, Nijmegen and others, the Volkskrant reports based on its own research.

The rising housing shortage means that there are few homes available for homeless people to move to from shelters. Housing corporations set counseling - for example in financial matters - as a condition when they make housing available to the homeless, Esme Wiegman, director of the national organization for shelters Valente said to the newspaper. "With the decentralization [of care] in 2015, the budget for this was reduced by 700 million euros. While there is more demand for it." This is a problem that affects the entire country, according to Valente.

State Secretary Paul Blokhuis of Public Health recently asked all municipalities for estimates about the number of homeless people and bottlenecks to helping them. The municipalities asked him for more living space and money for the care of this group, according to the newspaper. He will present a plan in April.

"Housing with counseling is central to tackling homelessness," Blokhuis said to the Volkskrant, stressing the importance of more living space and good debt counseling. "I cannot arrange that alone. Home Affairs and Social Affairs also have a major responsibility here. Together we have to put shoulder to the wheel and put this target group central."