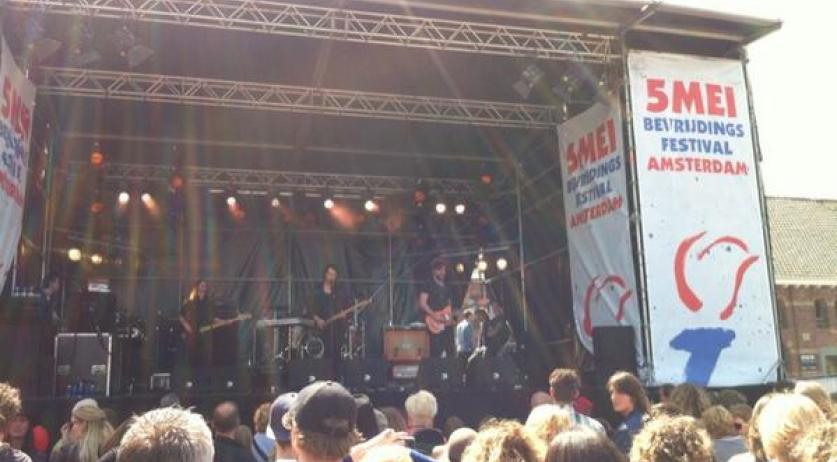 They will perform at 14 Liberation Day Festivals on May 5th, flying from festival to festival with Defense helicopters, to celebrate the 75th anniversary of the Netherlands' liberation after the Second World War.

As this is a big anniversary, the Committee decided to appoint not three, but four Ambassadors of Freedom. In the run-up to Liberation Day, these Ambassadors will share personal stories about freedom. For example, a large part of Roxanne's grandmother's family was murdered during the war. "I wanted to know everything about the war, but at the same time it made me sad," she said.

Steve of DJ duo Lucas & Steve said his grandmother was very moved when he told her he was to be an Ambassador of Freedom. "As an ambassador I pass on the story about what happened to her generation. That really touched her."