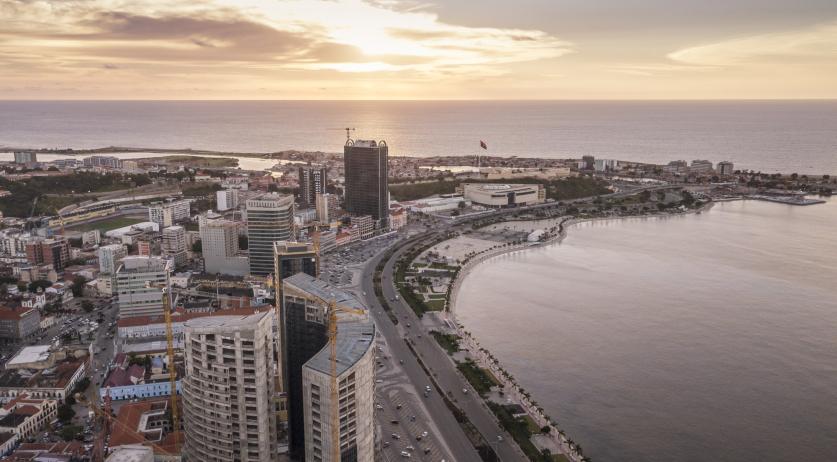 Dredging company Van Oord, ING Bank and credit insurer Atradius were all involved in an urban development project in Angola in which 3 thousand families were forcibly driven out of their homes to make from for the project, Trouw and Financieele Dagblad report based on leaked documents.

Van Oord collaborated on the project in the Angolan the capital of Luanda with Isabel dos Santos, the daughter of the former president of Angola around whom stories of corruption have been circulating for years. Last month, a court in Angola seized over a billion dollars worth of her assets because she owed that amount to the Angolan state, according to Trouw. ING lent 400 million dollars, or over 360 million euros, to the Angolan state to finance the project. Atradius insured this sum.

The project involved around 600 million euros. In 2016 the then president of Angola awarded it to a consortium of his daughter's company Urbinveste, and Dutch company Van Oord. There was no tendering process beforehand. Urbinveste was given a budget of 189 million dollars, though exactly what the company did in exchange for that money is unclear, Trouw writes. The newspaper and FD were given access to the internal administration of Isabel dos Santos. The documents leaked through whistleblower platform PLAAF into the hands of international journalists' consortium ICIJ. On Sunday, 37 media agencies worldwide published articles about Dos Santos and how she allegedly enriched herself through her political connections.

Trouw interviewed various residents who were forcibly evicted from their homes to make room for this project. They said that the army and police arranged that the residents would not get any food and hardly any water for a week. The authorities assaulted residents, and used tear gas and hot-water cannons on the locals. After a week of violence, the residents were put out of their homes and left homeless. The Angolan state has never given them new homes or compensation, and many now live under miserable circumstances, according to the newspaper.

Experts Trouw gave access to the confidential documents told the newspaper that Van Oord, Atradius and ING did too little research before joining the project and should have done more to prevent corrupt payments to Dos Santos via her company. "It is completely unclear whether Urbinveste delivered anything in return for the money", Leen Paape, professor of corporate governance at Nyenrode University said to the newspaper.

According to Cees Dam, professor of enterprise and human rights at Erasmus University, the three Dutch companies would have known about the forced relocations if they'd done their research. "These parties must now use their influence to ensure that the displaced residents are adequately compensated. If they do not, they themselves contribute to the violation of human rights," he said to Trouw.

Van Oord told the newspaper in a reaction that the company did not know about the land seizures at Areia Branca in Luanda and denies that too high costs were claimed for the project. But the company added that Urbinveste's costs "were somewhat more than budgeted". Atradius said that the forced relocations happened before the credit insurer became involved in the project, and said it did not investigate Urbinveste or the pricing of the consortium. ING Bank said it did thorough research before granting the loan, but also said it did not know about the forced relocations.

Both ING and Van Oord said they will commit themselves to compensation for the displaced residents.