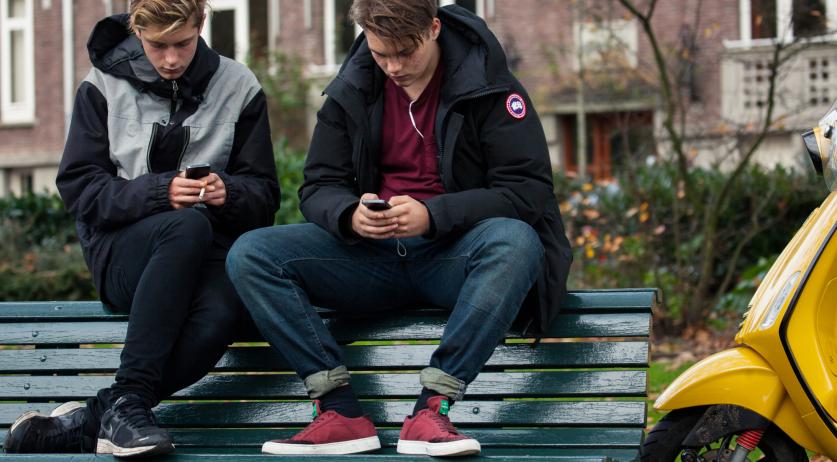 Mobile data use up 18%; biggest ever recorded increase

People in the Netherlands used 18 percent more mobile data in the first half of the year, than the first six months of 2018. It’s the single largest increase ever recorded, according to the Authority for Consumer & Markets in (ACM). Mobile data consumption rose to three gigabytes monthly per mobile connection in the second quarter of the year.

Landlines were used more than 16 percent less between January 1 and June 30, as opposed to a year earlier. Dutch consumers in total were using their home phones roughly 912 thousand minutes per month in the first half of 2018, a number that fell below 765 thousand this year.

By comparison, mobile phone minutes fell slightly from about 2.66 million monthly to 2.58 million. It was not clear what percentage of mobile data usage is for mobile phone calls handled by apps like FaceTime and WhatsApp.

KPN still holds between 30-35 percent of the mobile retail market, in terms of connections, followed by VodafoneZiggo’s 20-25 percent. T-Mobile also manages between 15 and 20 percent, while Tele2 runs 5-10 percent of the market.

More and more Dutch households are combining their mobile phone subscriptions with their fixed home services, like digital television, internet, and even fixed landlines, the ACM said.

“The number of bundles that only consist of fixed internet services, fixed telephony and/or television is falling,” the ACM stated.

For fixed broadband internet, the two major players are still KPN and VodafoneZiggo. The two each control between 40 to 45 percent of Dutch market share in the space. Tele2 held just shy of five percent. Those figures are all flat compared to a year ago.

Fiber optic connectivity in the Netherlands also rose, hitting 1,324,000 connections. Copper line cable rose slightly but DSL usage was on the decline as a result. “The conclusion of [an October 2019] study is that fiber optic connections offer consumers more freedom of choice in addition to the existing cable network,” the ACM added.