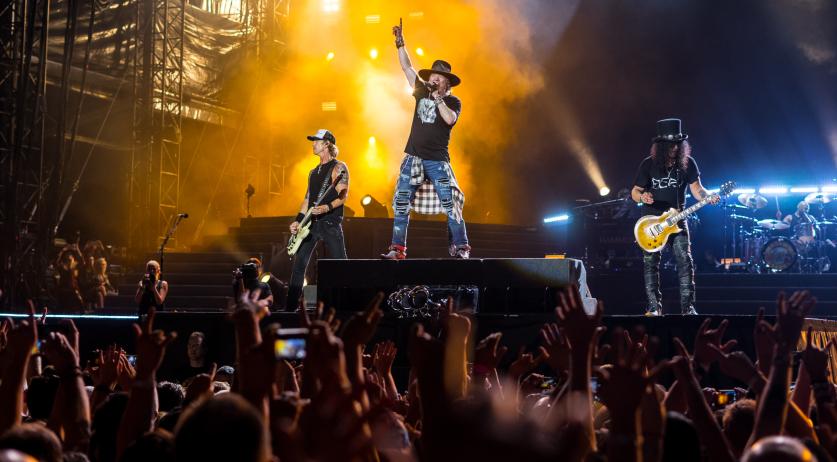 American rock band Guns N' Roses was announced as the final headlining act for music festival Pinkpop. The 2020 edition of the event is a three-day affair, which will feature the Red Hot Chili Peppers and Post Malone as the closing acts on each of the first two nights.

The festival takes place from June 19 - 21 in Landgraaf, Limburg. It will be the 51st time the annual event is organized, and the 24th time the festival is spread out over three days.

Several musical acts have already been announced, including Disturbed, Keane, Twenty One Pilots, Kensington, Crowded House, and 5 Seconds of Summer. Elle Hollis, a singer-songwriter from Brunssum, Limburg will open the event after winning the Nu of Nooit 2019 competition for up and coming musicians in the province.

Tickets went on sale last month, and were still available on Friday afternoon.