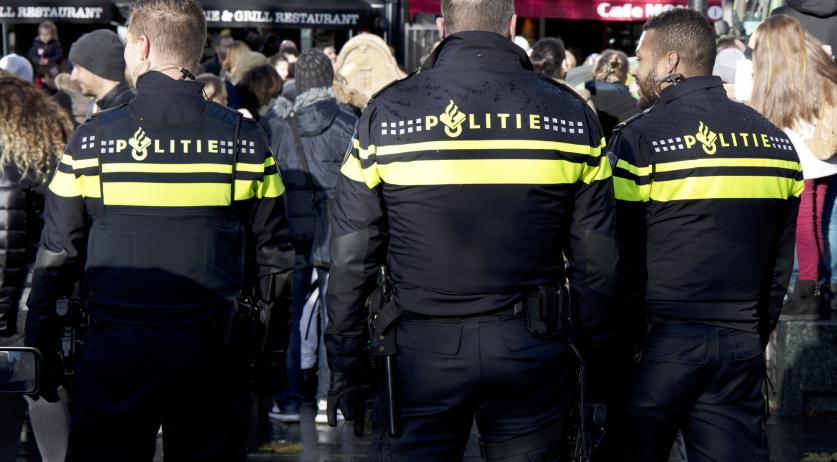 Amsterdam is taking drastic measures in an attempt to cope with capacity problems at the police. A number of specialized police teams will be disbanded, so that more attention can be paid to basic police work, mayor Femke Halsema said in a letter to the city council.

The Amsterdam mayor, police and Public Prosecution Service repeatedly asked the Ministry of Justice and Security for 500 extra police officers in the capital, but so far to no avail. "The formation of the Amsterdam unit was only expanded by 60 full time employees, while the capacity available on the base teams decreased by around 480 full time employees when the National Police was formed", Halsema said in her letter, sent also on behalf of Amsterdam police chief Frank Paauw and chief prosecutor John Lucas.

The city police's capacity decreased even further after the murder of lawyer Derk Wiersum. Around 45 police officers from the Amsterdam unit were redeployed to protect buildings and people and can no longer perform their regular duties. "This extra commitment is logical and justified and will not decrease in the short term", Halsema said. "As a result, existing capacity problems have increased further and it is no longer possible to offer the basic police care to which Amsterdammers are entitled."

In order to ensure that the Amsterdam police can continue to perform basic police duties, such sa emergency aid, deployment of community police officers, guiding demonstrations, and keeping police stations open to the public, the city is taking drastic measures. Though these measures are only temporary stopgaps, the mayor stressed.

The specialized team for the hospitality industry (IHT) will be disbanded and its members will be redistributed into the Amsterdam police's base teams. IHT was responsible for checking all coffeeshops in the city, as well as investigating other catering businesses in case of suspicions of undermining activities and illegal gambling. The base teams will now be responsible for these checks and investigations. This is a remarkable measure, given he government's recent push to do more in the fight against undermining and organized crime.

The emergency aid car of the water and port teams will be transferred to the base teams. This means that the police will no longer have expertise to deal with hazardous substances. As a result, if there is an industrial accident involving hazardous substances, the fire brigade will have to be first on site and the police will not be able to enter the site, Halsema said.

The capacity of the four Calamities Units of the base teams (CUBT) - the units that deal with so-called common crime in each district - will be reduced. CUBT employees will spend 25 percent of their shifts working within the base teams. This will allow more flexibility, but will also lead to a 10 to 15 percent decrease in the number of cases handled, the mayor said. The CUBTs already have priority cases they don't have time to get to. These will increase.

The police will also no longer deploy extra police officers for the so-called city center offensive - an offensive launched in 2016 as a temporary measure to reduce nuisance, increase the quality of life, maintain a visible police presence in the city center, and improve cooperation between police, enforcement officers and other municipal services. "The consequence of this measure is that there is less firearm-bearing backup from the police", Halsema said.

The triangle of mayor, police chief and chief prosecutor stressed that these measures are only temporary to fill the most urgent gaps. They are also looking for medium- and long-term measures to structurally strengthen capacity within the police base teams, but they expect that the available capacity for the base teams will remain under severe pressure in the coming years.

The municipality is also looking for other ways to assist the police and reduce capacity issues there, such as municipal staff taking over police administrative work, or municipal staff working at police stations' service desks. "In addition, the 2020 events calender is being reconsidered", the mayor said,

Amsterdam is not the only city struggling with police capacity problems. Rotterdam also recently announced a number of measures, including deploying fewer police officers to football matches. And a number of mayors sent a letter to the Ministry of Justice and Security, sounding the alarm.