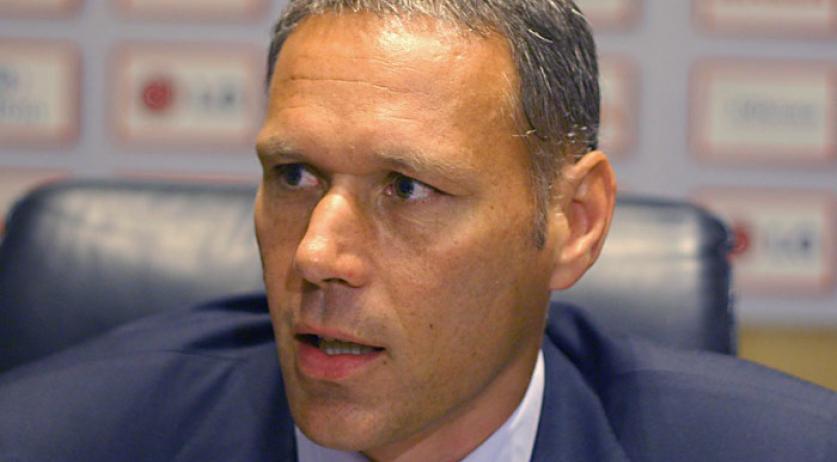 Fox Sports suspended Marco van Basten for a week after he made a comment referring to the Nazi salute on air on the program De Eretribune on Saturday night. The fee that Van Basten normally receives for appearing on the show will be donated to the Netherlands institute for war documentation NIOD, to promote awareness and knowledge about the history of the Second World War, Fox announced.

Van Basten made his comment while acting as an analyst during the match between Ajax and Heracles Almelo on Saturday. Hans Kraay junior interviewed Heracles' German coach Frank Wormuth. After the interview, Van Basten mocked Kraay's poor German with the comment "Sieg Heil". The comment was inadvertently audible for the viewers.

"Van Basten went wrong with a wrong joke at a wrong time", Fox said. "What happened was stupid and inappropriate and Fox Sports distanced itself from what Marco van Basten said in the Saturday broadcast."

The channel stressed that Van Basten did not intend to hurt anyone, apologized for his statement and accepted the consequences.

He will be back on De Eretribune next week Saturday, December 7th.