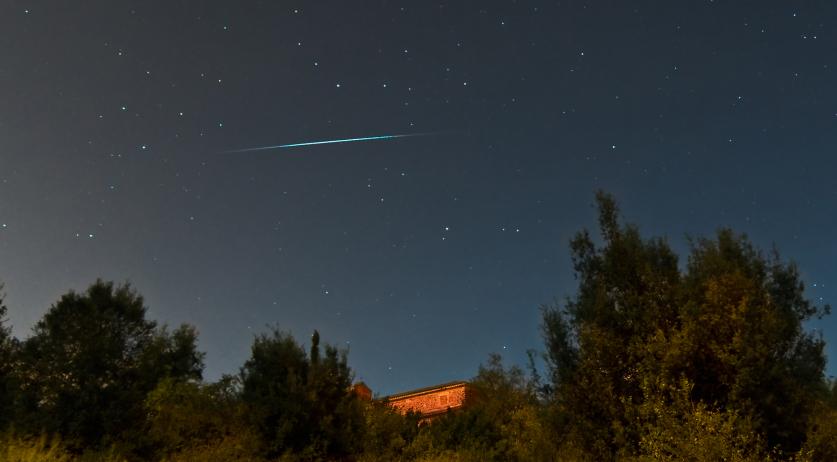 The alpha monocerotides will be passing over the Netherlands tonight. The last time this rare meteor shower was spotted, was in 1995. The meteor shower will peak at around 5:48 a.m. on Friday. If the weather plays along, between 45 and 225 shooting stars per hour will be visible in the Dutch skies between 5:00 and 7:00 a.m., Buienradar meteorologist William Huizinga said to RTL Nieuws.

That is, if the weather plays along. The current predictions is that Friday morning will be cloudy. "But in this season the expectations can change quickly, so there is still hope. As it looks now, there could be holes in the cloud cover in the north, parts of Overijssel and Zeeland", Huizinga said. "You have to realize that you'll look through a keyhole, so the chance that you'll see something is unfortunately smaller than with a crystal clear sky."

If you plan to take a chance, dress warmly, Huizinga advises. It will be around 2 degrees Celsius outside early on Friday morning. Also try to find a place with as little light pollution as possible - away from street lights and other natural and unnatural light sources. And look at a 36-degree angle in a south westerly direction. "If you haven't seen anything by 7:30, you can go back in. Around that time it starts to get light and then it is over."