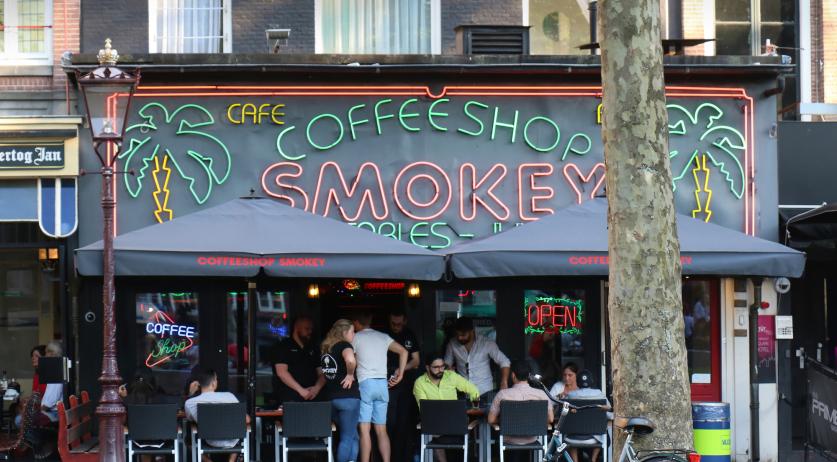 All coffeeshops throughout the Netherlands must refuse to serve tourists, according to coalition party ChristenUnie. Parliamentarian Stieneke van der Graaf called on Minister Ferdinand Grapperhaus of Justice and Security to get municipalities to arrange for their coffeeshops to ban people who do not live in the Netherlands, AD reports.

The fact that many municipalities, like the big cities, allow coffeeshops to sell to tourists makes the Netherlands "known as a country where you can use drugs and enjoy yourself", Van der Graaf said. She wants to get rid of that reputation.

The MP referred to researchers who published a report this summer on the massive reach of drug crime in Amsterdam, saying that this shows Amsterdam coffeeshops should refuse tourists.

Many municipalities tolerate tourists in the coffeeshops because they worry that if they don't, the tourists would turn to street dealers. According to AD, research showed that young Dutch would also avoid coffeeshops if they are forced to show proof of identity.

The soft drug policy is a delicate subject for the Rutte III coalition because the four parties therein think about it very differently. Christian parties ChristenUnie and CDA want to curb soft drugs, while the D66 wants to give tolerance more room.