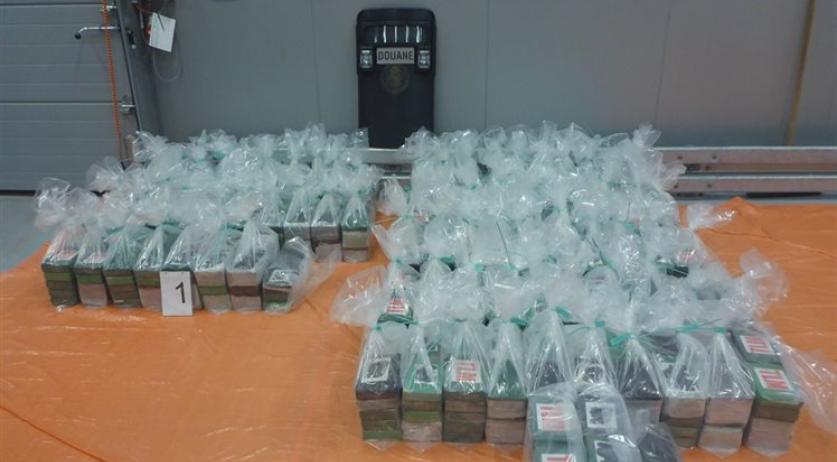 Even with nearly two months left to go in the year, authorities at the Port of Rotterdam this year have already surpassed the record amount of cocaine caught there in 2018, according to an investigation by De Telegraaf. Some 23 thousand kilograms of cocaine was intercepted at the largest port in Europe, a 28 percent increase over the 18 thousand kilograms captured during all of last year.

The Rotterdam office of the Public Prosecution Service (OM) confirmed this year's drug trafficking spike, the newspaper said. More batches of the drug were seized en route to Rotterdam, like at ports in Belgium, the Telegraaf said. Rotterdam's mayor was pushing for even closer cooperation by staffing Dutch investigators to work alongside officials in Central and South America.

All told, Rotterdam authorities have ferreted out over 500 kilograms of cocaine in at least 15 different shipments this year, the newspaper said.

Just this past Saturday police found 300 kilograms of cocaine in a car on the Maasvlakte near the port. The drugs came from a sea container sent to Rotterdam from Brazil, police said in a statement. Authorities arrested three men between the ages of 22 and 28.

Over 1,500 kilograms of cocaine was seized in separate banana shipments last month. In both cases the cargo was destined for Vlissingen, with an origin of Ecuador.

A source close to the newspaper expressed concern over the rapid hiring of new customs officials set to work at the port as a precautionary measure against Brexit. New officers previously had to work for three years in other customs checkpoints, follow a four-month course in surveillance techniques, and a six-month traineeship at the port before being staffed there.

Now, the 900 new employees are likely to receive just three weeks of firearm and self defense training, the Telegraaf's source alleged. The protection and safety of these workers is a top concern.