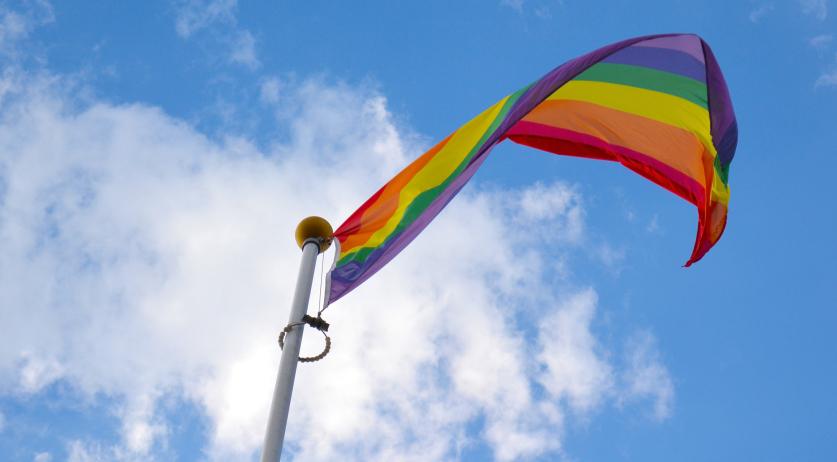 Students threatened with violence on “Coming Out Day”

Students at the Trinitas Gymnasium in Almere were threatened after they arranged a number of activities at school for "Coming Out Day" on Friday, according to letters the school sent to parents, Omroep Flevoland reports.

The students involved had arranged a number of activities for Coming Out Day, including local alderman Jerzy Soetekouw coming to raise a rainbow flag at the school. The activities were arranged at the students initiative, and the school gave them room to do so.

"Unfortunately the festive announcement from a number of young people, including students of the Trinitas Gymnasium, was reason to post messages on social media with a homophobic and threatening tone", the school wrote in a letter to parents earlier this week.

"At a certain point a number of threats were expressed via social media, on which we decided to call the police", rector Marijn Sprenger said to the broadcaster. On Wednesday, more threats were made, and these were "more serious". The police were called again. What the threats entailed, the rector would not say.

On Friday morning, a police spokesperson said to Omroep Flevoland that the threats had been dealt with. He too would not say what the threats entailed. Officers visited five students at their homes to have a talk with them and their parents.

The school has identified a number of students who were involved in the threats. Six students were given a "mandatory time-out" - they are not allowed at school in the coming days. The Trinitas Gymnasium calls on other students who may have said things on social media that they are not proud of to report to the school's anti-bullying coordinator by Monday afternoon. If they don't, they will be called in to speak with the school management.

The festivities at the school on Friday continued as planned, though with police officers present. Alderman Soetekouw raised the flag. He is shocked by the threats, he said on Twitter. "This is unfortunately precisely the reason why Coming Out Day is so incredibly important! In Almere, everyone can be who he or she is in freedom and safety", he said.

On Coming Out Day, State Secretary Paul Blokhuis of Public Health launched a hashtag and a renewed website where young people who have doubts about their sexual orientation can speak about it.