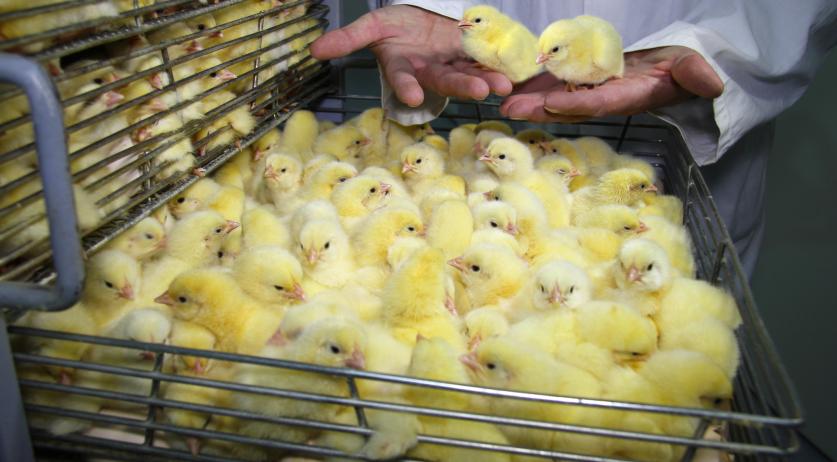 All companies in the Netherlands that hatch chickens for meat are guilty of animal abuse, according to a not-yet-published ruling from the Ministry of Agriculture that the Volkskrant has in its possession. After hatching, nearly 500 million chicks per year run the risk of being left without food and water for an unnecessarily long time. The hatcheries have five years to rectify this, according to the newspaper.

At Dutch hatcheries, chicks hatch in large incubators, but not all at the same time. There may be days between the first and the last chick to hatch. After all eggs are hatched, the chicks are transported to a poultry farm where they get their first food and water.

The Dutch food and consumer product safety authority NVWA gives farmers a maximum 60 hours from a chick's hatching to first food and water. But according to a study by Wageningen University Research Center, done specifically for this case, that is far too long a period. The researchers found that the total broiler chicks mortality rate was significantly higher from 36 hours of receiving no food or water after hatching. The chicks that survived also had a lower body weight.

The court ruled in favor of Wakker Dier last year. The maximum period a chick can be left without food or water after hatching was reduced to 36 hours. The Ministry of Agriculture, Nature and Food Quality informed the over 10 broiler hatcheries in the Netherlands a few weeks ago, according to the Volkskrant. They have 5 years to make the necessary changes.

Wakker Dier called this the biggest victory over the bio-industry since the successful challenge of the battery farm chicken. The animal organization will, however, appeal against the "far too long term" of five years that hatcheries have to adjust their incubators. The affected hatcheries asked for 10 years to make the modifications to their systems.