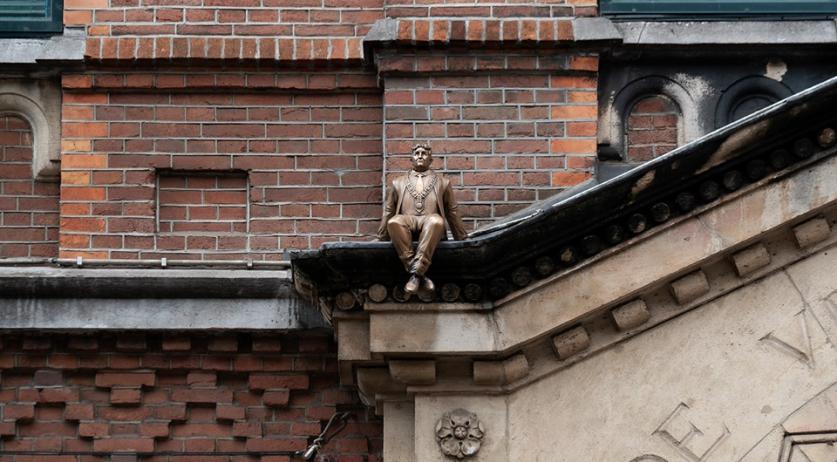 A bronze statue of deceased Amsterdam mayor Eberhard van der Laan was placed on the facade of music venue Paradiso, as a tribute to the mayor two years after his passing. The words 'beautiful city huh' are engraved underneath the 60 centimeters tall statue, which was designed and made by artist Frankey.

"I had been thinking for a while about making something about Van der Laan, I thought he was a great mayor. But how do you portray a mayor? I thought it was a good idea to let him sit down, something that did not happen much", Frankey said to newspaper AD.

The bronze statue shows Van der Laan leaning back and enjoying his beautiful city, according to the artist. "I saw a video of an interview with Van der Laan, in which he was listening with his feet crossed and I thought that was a very nice attitude, very satisfied and sympathetic. Then I came up with the idea of portraying him in this way. On the bottom 'beautiful city huh' is engraved, as a reference to that famous quote of his."

Paradiso is delighted with the statue, program maker Jeldau Kwikkel said to the newspaper. "It is a subtle reminder of his legacy and his last words to the city: 'Take good care of our city and of each other'. That way he keeps a close eye on us from our roof."