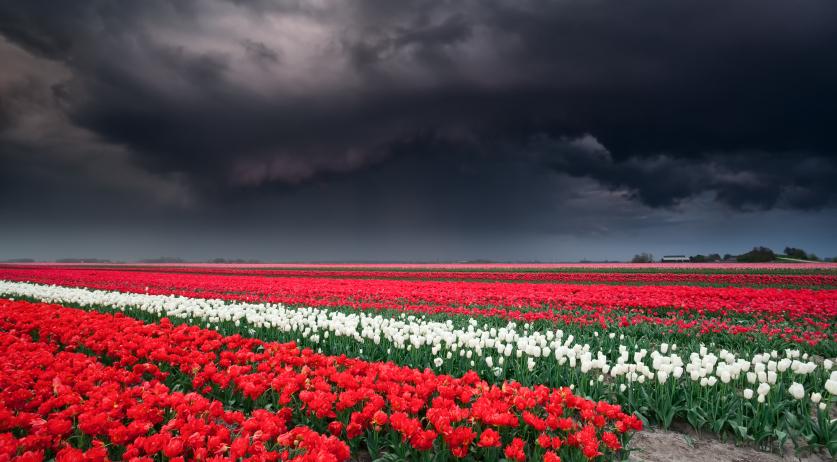 Dutch meteorological institute KNMI is teaming up with its counterparts the Met Office in Great Britain and Met Éireann in Ireland to start naming severe storms in Europe. According to the weather services, naming storms raises public awareness of dangerous weather by giving a consistent message to the public through the media.

The three weather services drew up a list of storm names for the 2019-2020 season that comply with international agreements for storm names - the names will alternate between male and female, and must not include the letters Q, U, X, Y and Z.

The first two names contributed by the Netherlands are Jan and Kitty. Jan refers to Jan Pelleboer, the Netherlands' first weatherman on TV and radio, and to Jan Buisman, historical geographer and writer of the book series ‘Duizend jaar weer, wind en water in de Lage Landen’. Kitty is named after Kittie Koperberg, a Holocaust victim who started working at the KNMI in 1938.

Names will be given to storms of such strength that they trigger code orange or code red warnings in the Netherlands. The first storm of the year will have a female name and will be called Atiyah, the second storm will have the male name Brendan.

KNMI director Gerard van der Steenhoven is looking forward to more intensive cooperation with the Met Office and the Met Éireann in the area of storm forecast, he said in a statement. "Storms are not limited to national borders and it is therefore logical to name such extreme weather conditions. Because many people travel between our countries, using common names makes it a lot easier to estimate the dangers of a major storm system. Everyone who is exposed to such extreme weather conditions benefits from this."