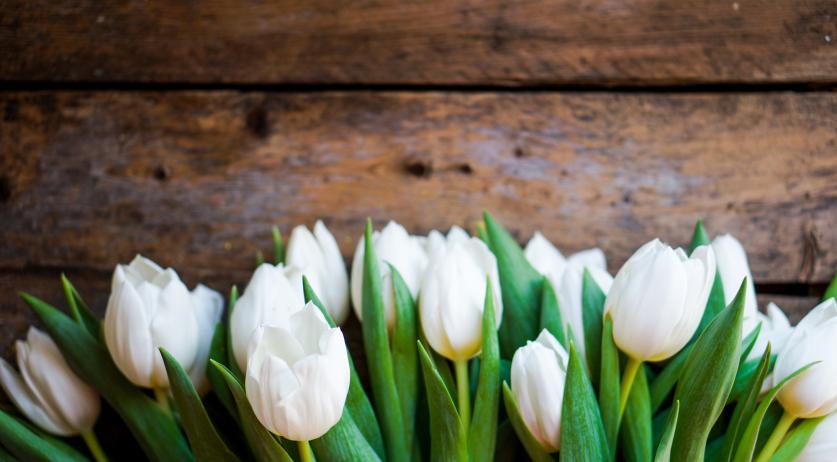 The 75th anniversary of the liberation of the Netherlands at the end of World War 2 is still over eight months away, and on Friday, Prime Minister Mark Rutte was scheduled to honor Canadian war veteran Don White at the parliament complex in The Hague. The two met face-to-face in April at the Keukenhof where a new tulip was named in honor of the Canadian.

Rutte was expected to present the 94-year-old with the Don White Tulip, and to thank him for his service with the Royal Canadian Dragoons. The flower is also in memory of all those “who risked their lives for the freedom of the Netherlands,” according to the Dutch government’s communications office.

“We have liberated a number of towns and you never saw anything like it in all your life,” White wrote to his family in a letter dated April 17, 1945.  “Once the Germans have been driven out and you enter the town the people come out and put up their flags and royal colours. They crowd around the cars so badly you can hardly move. Your car is just one big bouquet of flowers that has been given you,” he continued.

“The girls kiss you and the men shake your hand off.”

Rutte and White have met two other times over the last year, including at the Leeuwarden event celebrating the liberation from Nazi occupying forces, and on the prime minister’s visit to Ottawa in October.

Officially, the Netherlands will begin celebrating liberation with events in Terneuzen on Saturday. Before that, the prime minister is slated to meet the Governor-General of Canada, Julie Payette, a former astronaut and NATO researcher.

#PM Mark #Rutte baptise a new #tulip at #Keukenhof in #Lisse. He did so in honour of a veteran of the #SecondWorldWar #Canadian #DonWhite, and of the 75th anniversary of the #liberation #75yearsliberation #Netherlands #DonWhite #Canada#AquaFortisMedia pic.twitter.com/FU2sDMUClR