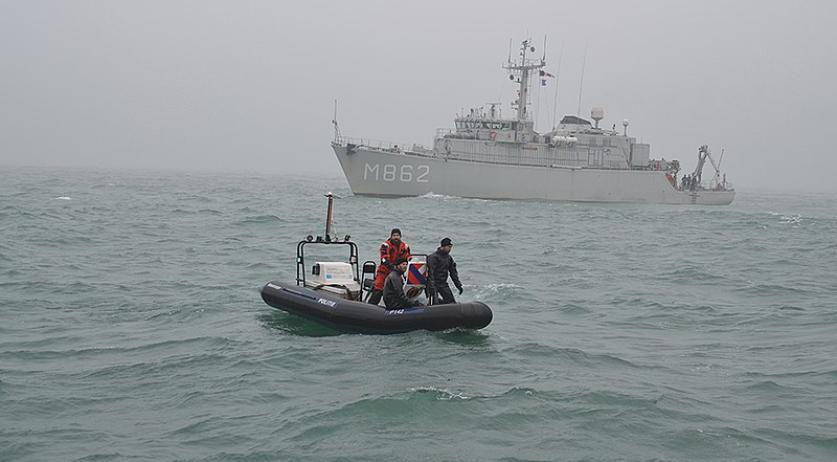 Dutch Navy ship Zr. Ms. Zierikzee cleared away five naval mines from the North Sea this week. The explosives were found during preparatory work for new offshore wind farm Borssele Windfarm, which will be located 25 miles from Vlissingen, the Ministry of Defense said in a statement.

Construction on the wind farm will start early in October. Survey ships found the explosives while preparing the site for construction to begin.

The cleared away explosives included so-called LMB sea mines, which are German mines that were dropped from planes. According to the Ministry of Defense, these mines work acoustically, their explosion triggered by vibration. The crew also cleared away a British MK14, a large sea mine of around 500 pounds. Belgian naval ships BNS Bellis and BNS Narcis also cleared away a sea mine each.

The Dutch and Belgian navies regularly still encounter sea mines and aircraft bombs from the First and Second World Wars in the North Sea. Due to the changing seabed, these explosives regularly reappear. As they still contain explosive material, they pose a danger to shipping traffic and infrastructure.

Since 2005 the Dutch Navy, working with the Ministry of Defense's explosive disposal department, cleared away over 1,300 explosives at sea.