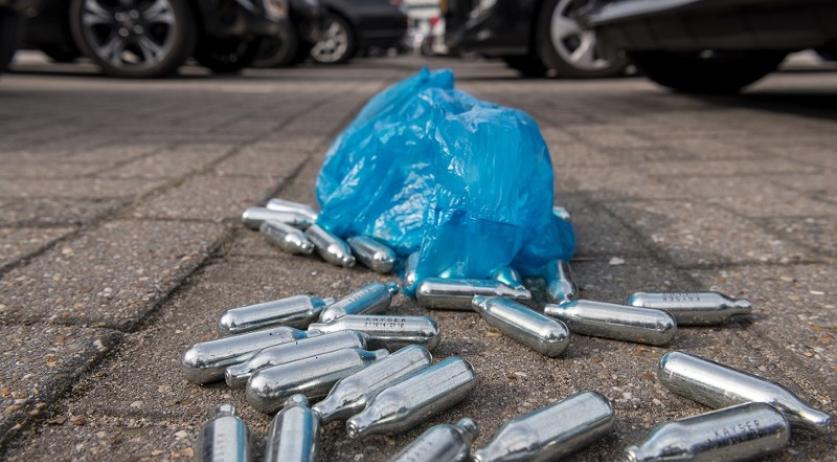 Laughing gas incidents in traffic on the rise

The number of traffic incidents involving laughing gas is skyrocketing, the Dutch police said in a statement. "We see people making dangerous maneuvers in traffic because they are filling up a balloon or have one in the mouth", police inspector Paul Broer said. "Even thought the effect of laughing gas is short-lived, it has a direct effect on driving ability."

In 2016 there were a few dozen laughing gas-related incidents in traffic. In 2017 that number more than doubled to 130 cases, and increased further to 380 in 2018. So far this year, up to July, the police counted nearly 960 traffic incidents in which laughing gas was involved. The majority of these incidents happened in the big cities, according to the police.

Possessing or using laughing gas is not currently punishable in the Netherlands, but it is a criminal offense to drive under the influence. Endangering others in traffic is also illegal. "As a driver of a vehicle, keep your attention on traffic", Broer said. "Focus your attention on the road and make sure that you are not under the influence of drugs that can influence your ability to drive. If you cause a dangerous situation, you can be fined."