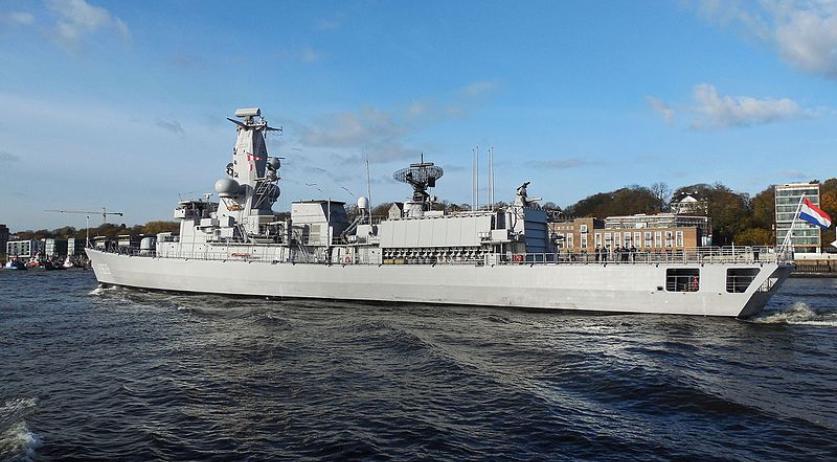 Dutch marines expect that there will be more skirmishes with Iran, should the Dutch government decide to agree to the American request to send a naval ship to the Strait of Hormuz near Iran. Though the Dutch navy is definitely up for the challenge and the risks involved in such a mission are limited, naval experts said to newspaper AD.

The British naval ship HMS Montrose is already sailing in the Strait of Hormuz, with the job of intervening if Iran blocks a British oil tanker. In less than a month, the HMS Montrose had 85 confrontations with the Iranians, mainly involving exchanging warnings, according to the newspaper. There were also a few cases of Iranian vessels seemingly attacking the Montrose, to test the British reaction.

According to Captain-at-sea John Weyne, a big problem in the Strait o Hormuz is that there are many smuggling boats in the area that look similar to the patrol boats of the Republican Guard. "The smuggling boats often choose the fastest route and do not care about other ships. That can cause a threat", he said to AD. He can imagine that the Dutch marines will have to deal with this soon. "The first thing the Dutch will do, is get a good picture of what is going on, so as not to get any misunderstanding."

According to Weyne, the Dutch navy is used to operating in busy international waters, so that shouldn't be a problem. And he doesn't think that the Dutch soldiers will be exposed to other unacceptable risks if they were sent to Iran. But he stressed that it would be extremely unwise for the Netherlands to take on the mission alone, even if only for practical reasons. If the Netherlands is alone in the Strait of Hormuz, refueling will have to take place in ports, which takes a lot of time. If other countries cooperate, it is possible to send tankers, he said.

Whether the Netherlands will agree to send ships to the area, remains to be seen. Germany recently said 'no' to the mission. If the Netherlands follows suit, it will put pressure on its relationship with the United States, one of the Netherlands' main partners in NATO. The relationship is already on the tense side - the US has been criticizing the Netherlands for some time for not spending 2 percent of its GDP on Defense, as NATO requires. And the Dutch government already said that there was no mandate to send ground troops into Syria for a peace mission - another request from the US.

Another issue is that the Netherlands and the rest of the European Union have a very different view on Iran than the United States does. The EU is against the US canceling the nuclear deal with Iran and still hopes to resolve this conflict at a diplomatic level. Agreeing to participate in a mission in the Strait of Hormuz will make this strategy a lot harder, if not impossible.

Saying 'yes' to the mission seems to be the safer option, if considered from a relationship point of view. The more so since the Netherlands has experience wit this type of maritime mission, according to AD. The down side is that no one can guarantee that things will not get out of hand at sea there.

The Dutch government promised to give the US an answer to its request by mid-August, according to AD. People involved told the newspaper that no decision has been made yet.