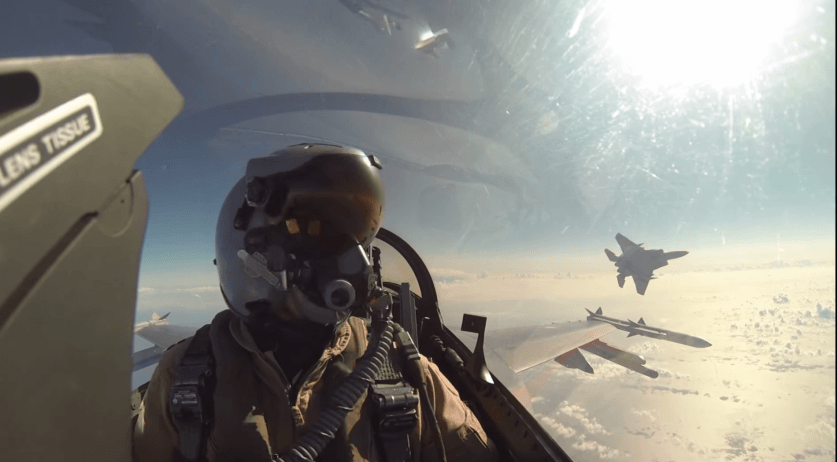 The partners of Dutch fighter pilots who were active in Latvia, Estonia and Lithuania in 2017, were harassed at home during this period. They received repeated, unpleasant phone calls from people with a Russian accent who asked whether their men should not rather leave the area, among other things, the Telegraaf reports.

Military intelligence service MIVD told the newspaper that it is familiar with this practice, but would not say anything further about it.

According to the newspaper, the women often received these calls after their husbands or boyfriends called them from their personal phones. The person on the line, "with a Russian-sounding accent", asked things like what their husband was doing there, what she thought about it, and whether it would be better if he left the area.

At the time, Dutch F-16 fighter jets participated in the Baltic Air Police, patrolling the Baltic air space. While the Dutch F-16s are no longer in the area, the Netherlands still has a large military presence in Lithuania. A total of 270 Dutch soldiers form part of a NATO force that has been present there since 2017. According to the newspaper, this is a signal to Russia that NATO will not accept an attack on the Baltic states following the annexation of Crimea.

The MIVD used to publish figures in its annual report on incidents involving the partners of Defense staff. This practice stopped years ago. According to the newspaper, the harassment of family members is a sensitive issue within the armed forces. It is for this reason that, apart from commanders, deployed soldiers no longer release their full names. They are only known by their rank and first name. This practice started during the Uruzgan mission, when Defense feared that terrorists would take revenge on the relatives of soldiers who fought the Taliban. As far as is known, that never happened.