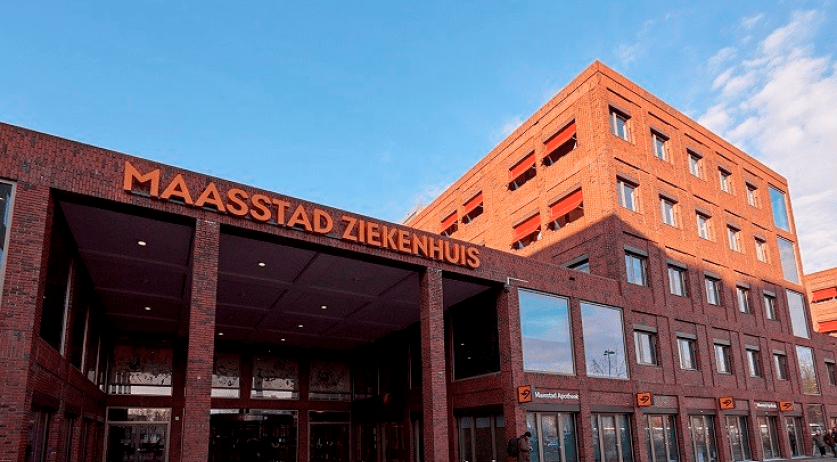 Emergency services in Rotterdam responded en masse to the Maasstad Hospital on Wednesday night after a woman showed up at the GP station with symptoms of Ebola. A few hours later, just after midnight, the local safety office announced that it was a false alarm - the woman does not have the highly contagious disease, NOS reports.

The woman's symptoms, combined with the fact that she had recently been in Congo, immediately raised fears of Ebola. The hospital was on lockdown between the time that the woman arrived and when doctors confirmed she did not have the disease. Dozens of people were trapped inside the hospital, and new patients were not allowed in.

Public health institute RIVM quickly announced that the chance of Ebola was very small - the woman had been in Congo, but not in an area where the disease is prevalent - but emergency services decided to rather be safe than sorry. The Maasstad Hospital initiated the Ebola protocol. The woman was cared for in quarantine, in a special air-filtered room that was created in the hospital when the Ebola protocol was established in 2014.

"She had been sick for about three days, with fever and vomiting, even before she got on the plane. Then you have a risk of Ebola, because you came from Congo", internist Jan den Hollander said to NOS. "There was, of course, a risk for all the people who had been in contact with her. We examined how sick she was and asked where she had been and who she had been in contact with." After determining that the woman had not been in an Ebola infected region, the precautions were scaled down in consultation with the RIVM and GGD.

The woman is still in hospital and still being examined, Den Hollander said. "Just for illness. You examine everyone from Africa with a fever for malaria, for example, but also for all kinds of other infectious diseases. Because she definitely has something."

Ebola is a rare and serious infectious disease that so far only occurred in Africa, according to NU.nl. The disease is easily transmittable through body fluids like blood, urine, sperm and sweat, and through contact with open wounds. More than half of Ebola patients die of the disease because there is no proper treatment. Patients are quarantined and treated in specially equipped departments. People who have been in direct contact with Ebola patients are monitored for possible infection.

An Ebola outbreak has been going on in northeastern Congo for about a year. In July this year, the World Health Organization declared the outbreak an emergency for international public health.