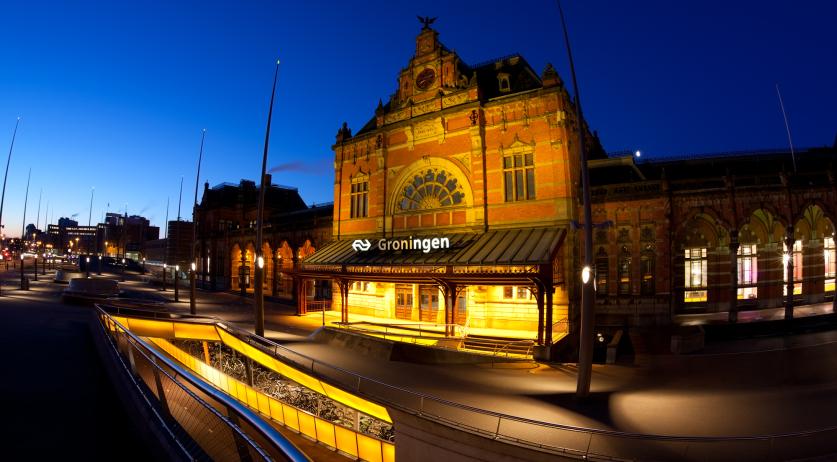 Travelers chose the main station in Groningen as the most beautiful train station in the Netherlands, in a poll ran by NS on social media. Amsterdam Central Station came in 4th place.

"In the reactions of voters and travelers there was much appreciation for the historic value of the monumental building", an NS spokesperson said to Het Parool about Groningen station. "It has a special ceiling. The appearance is quite majestic."

Erik van Willenswaard, assistant manager of Groningen station, is delighted with the prize. "Of course we know that Groningen has a beautiful station, but that our travelers also think so in such large numbers is really fantastic", he said to the newspaper.

The election for most beautiful station was held for the first time this year, at the initiative of NS social media manager Gerjan Vasse. "We think it's good to appreciate the special and sometimes historical aspects that a station has to offer", he said to Het Parool. NS will "definitely" consider holding this election again next year, he said.