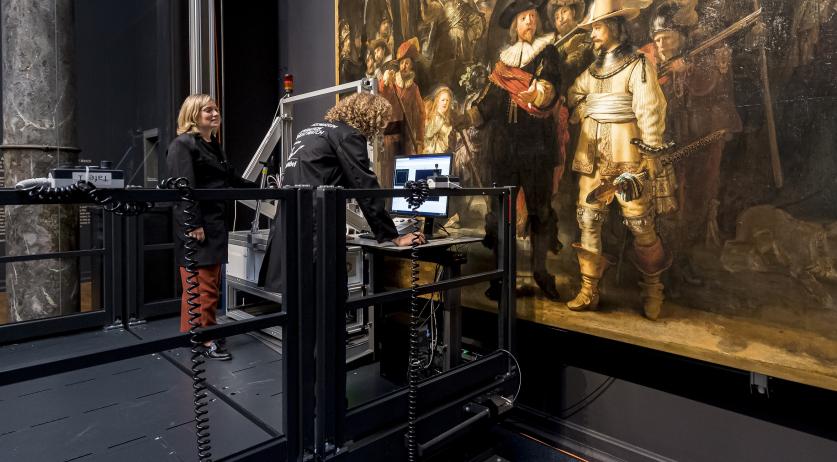 Today would have been Rembrandt van Rijn's 413th birthday. The Rembrandthuis Museum in Amsterdam is celebrating with a festival on the street where the 17th century painter used to live. The Rembrandt Art Festival starts at 10:00 a.m., featuring artists in action, workshops, stalls and live music, RTL Nieuws reports.

The Rijksmuseum in Amsterdam is also opening its Lang Leve Rembrandt, or Long Lives Rembrandt, exhibition on Monday. The exhibition features 563 works by artists inspired by the famous Dutch painter.

This year is also the 350th anniversary of the painter's death, and the whole year has been dedicated to Rembrandt in the Netherlands. Exhibitions and activities can be seen throughout the country, including a public restoration of his masterpiece The Night Watch in the Rijksmusuem.