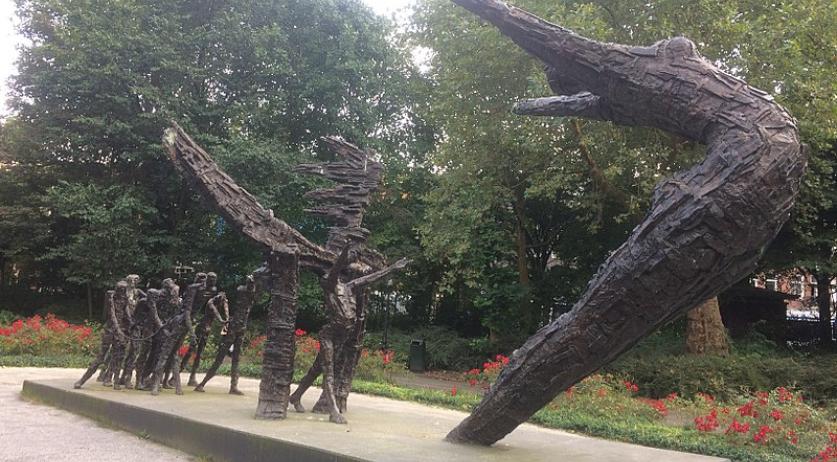 In the second half of the 18th century the Netherlands had one of the most developed economies in the world, and slavery played an important role in this, according to research by the International Institute of Social History in Amsterdam. In 1770, 5.2 percent of the Netherlands' gross domestic product was based on slavery, the researchers concluded, NOS reports.

"The Netherlands did not make the greatest slavery gains in the slave trade, but in goods produced by slaves", researcher Pepijn Brandon said to the broadcaster. He and fellow historian Ulbe Bosma spent five years researching documents of slave owners, among other things, to do this first systematic calculation of the share slavery had in the Dutch economy in the second half of the 18th century.

One in five products that the Netherlands traded at that time were grown or harvested by slaves in North, Central and South America. This involved products like sugar, coffee and tobacco. Especially the province of Holland, with its ports, had an important place in the trade, processing and export of such products. Roughly 40 percent of the economic growth in the province in that period was linked to slavery.

Historian and slavery expert Pieter Emmer called this study "well executed" and "very carefully constructed", according to NOS. "The [figure of] over five percent in 1770 is well-founded and will hold for a long time", he said. He does, however, have doubts about the historians' conclusions. "I would say that 95 percent is the cork on which the Dutch economy floated in 1770 and not that five percent."

Earlier this week a majority in the Amsterdam city council voted for the city to apologize for its slavery past on the July 1 annual commemoration next year. The city benefited considerably from slavery, parties DENK, GroenLinks, Bij1, ChristenUnie, PvdA, D66 and SP argued. For example, the city owned a third of the Sociëteit van Suriname, which set up the slave trade after it was founded in 1683. The parties call an apology a start for "all people and descendants who suffered from slavery."

Amsterdam alderman Rutger Groot Wassink said that until July 1st next year, research will be done into the exact role Amsterdam played in slavery, according to NOS. "When you apologize, you need to know for what [reason] exactly." The municipality also wants to map out the legal consequences, although the initiators don't expect that there will be claims.

According to DENK councilor Mourad Taimounti, the families and descendants of slaves mainly want recognition.