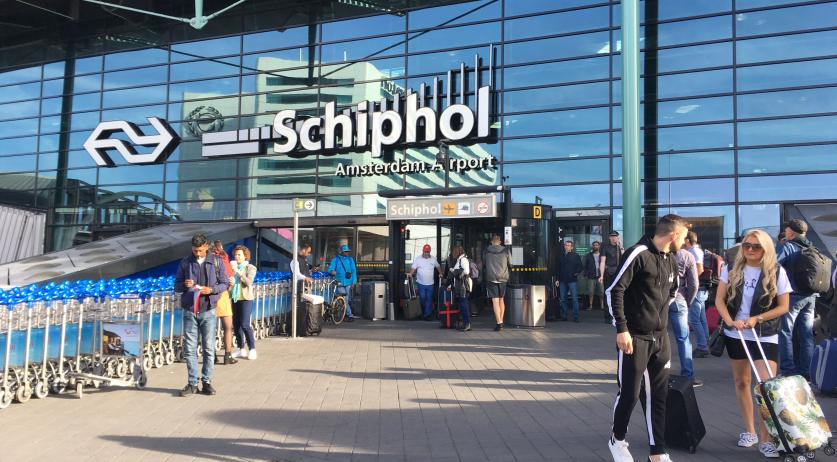 Schiphol to buy full-body scanners in fight against holiday queues

Schiphol airport is in the process of buying dozens of new security scanners in order to get passengers though security checks faster. The new full-body scanners are expected to be used from late next year, the Telegraaf reports.

The Amsterdam airport already took multiple measures to better handle the flow of people during the busy holiday seasons. This is important to do, because long queues can result in delays at the increasingly busy airport.

This year all hand luggage checks will be done using modern 3D CT scans. "We are busy also providing the Schengen area for European flights with the new baggage scanners. They have now been installed for long-haul flights. That means that liquids and laptops no loner have to be removed from bags to get a secure view of the contents", Schiphol said to the newspaper. More Koninklijke Marechaussee officers will also be deployed to speed up passport checks.

Next up for modernization is the scanners for individuals, an airport spokesperson confirmed to the Telegraaf. "We put out a tender: Rohde & Schwarz Benelux will deliver them from the end of 2020. Initially as an extension of the security scans in the renovated Departure Hall 1 and the new A-pier", the spokesperson said. "They see everything on your body in a fraction fo a second as you walk through it. Unnecessary extra searches will no longer be necessary. That saves valuable time.""

When the scanners will be installed in the other departure halls, is not yet clear. "We are tackling this in phases in order to increase the number of departing travelers per minute. The new devices can do that."