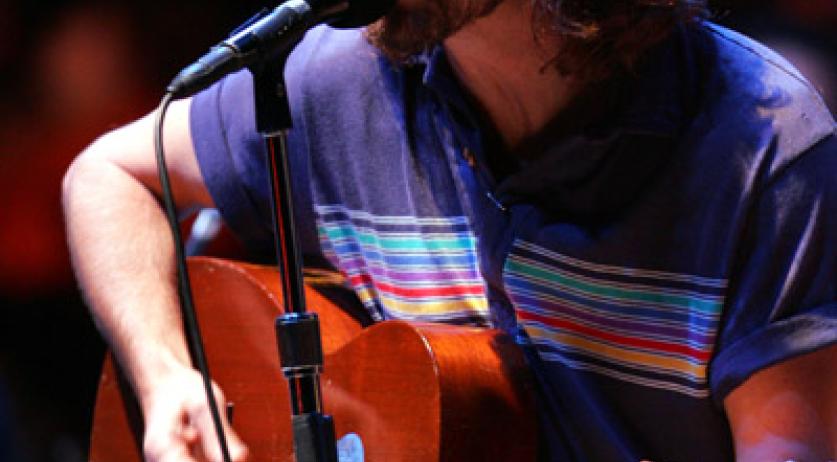 Pearl Jam frontman Eddie Vedder was reunited with Valeska Custers, who gave him a lift on her brother's bicycle in 1992. The singer invited Valeska and her husband to attend his performance in Brussels on Wednesday, where they were reunited after 27 years, Het Parool, who tagged along, reports.

During a show in Amsterdam on Sunday, Vedder told an anecdote of a woman who gave him a lift on the back of her brother's bicycle after he found himself alone at a venue after a show in 1992. Het Parool managed to track Valeska down. The news reached Vedder on Tuesday and he promptly invited Valeska to attend his next show in Brussels on Wednesday.

Some 24 hours later, Valeska and her husband were at a concert hall in Brussels, where tickets and backstage passes were waiting for them. After enjoying the show, they were taken back to Vedder's dressing room.

After shaking hands and hugging, Vedder's first words to Valeska were: "Thanks for the lift!" He said he still recognizes her. "You still have the same smile." The singer added that his intention was to send her brother's flannel shirt, which he borrowed on that cold night in 1992, back to her. "I don't know if I still have it, but I kept it for years." Valeska laughed. "My brother said you can keep it!"

A drink and a chat later, Valeska and her husband left with goody-bags hand. Valeska had a big smile on her face. "What is it?" her husband asked. Valeska: "Nothing. I am a happy girl. He just wanted to say thank you."