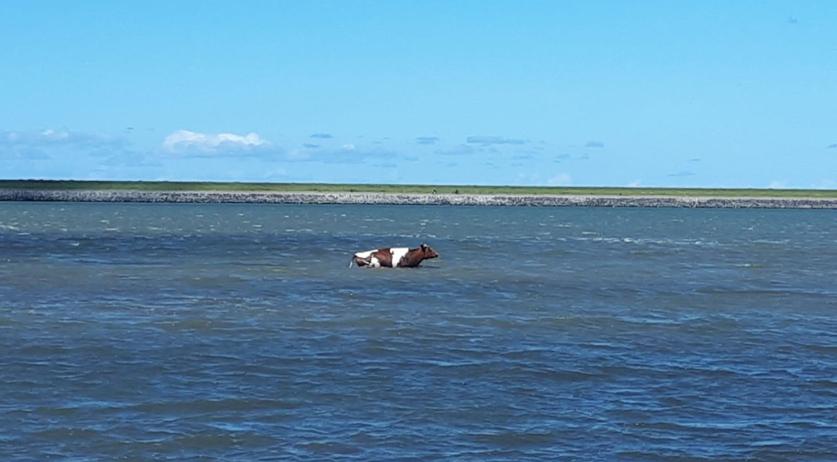 Cow in the Wadden Sea off the coast of Ameland, 28 May 2019 - Source: Photo: KNRM at
Nature
Weird
KNRM
rescue
Wadden Sea
Ameland
Cow
Share this:

Rescue organization KNRM performed a rather odd rescue off the coast of Ameland on Tuesday afternoon. The rescue workers had to rescue a cow from the Wadden Sea. "Not an everyday job for the KNRM", the organization said on its website.

The cow was in the water near Ballumerbocht. It took the KNRM two lifeboats and over an hour to get the cow out of the water. Using one of the lifeboats, KNRM rescuers finally managed to pull the cow to the Wadden Sea dyke on Ameland, where she was pulled from the sea with a crane and placed on a cattle wagon.

Tuesday was the young cow's first time outside and the animal rather enthusiastically jumped over the dyke ditch and into the water. Luckily, the cow's owner saw it happen and called the KNRM

The cow was exhausted by her swim, but is otherwise fine, according to the KNRM.