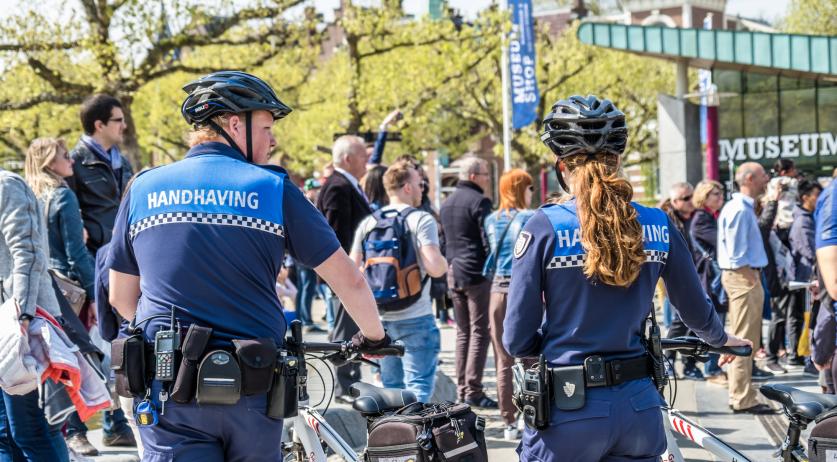 Amsterdam gives in: Enforcers can have pepper spray

Amsterdam mayor Femke Halsema agreed to equip enforcers working in the city with pepper spray. She submitted a request to Minister Ferdinand Grapperhaus of Justice and Security to approve this, NU.nl reports.

This is a breakthrough in a months long conflict between enforcement officers and the municipality of Amsterdam. The enforcers want to be equipped with bodycams, pepper spray and batons - to better be able to protect themselves against the aggression and violence they face during the course of their duties.

Halsema quickly agreed to give the enforcement officers bodycams, but she was hesitant to arm them. She believed the monopoly on violence should stay with only the police, something the police agree with. Now she gave in and submitted a request for Amsterdam enforcers to be given pepper spray. The municipality stressed that this is meant only for defense.

Municipalities can equip enforcers with pepper spray, but only in combination with a baton, according to the newspaper. Amsterdam considers a baton one step too far, and Halsema therefore asked Grapperhaus to make an exception.

Enforcement officers in Amsterdam have been campaigning for months to be armed. They stopped writing fines for multiple days in protest, an action they restarted earlier this week. Earlier this month the enforcers' union threatened to strike during Gay Pride in Amsterdam if the matter is not resolved before then. The enforcers also wanted to strike on King's Day, but a court banned this action.

Ruud Kuin of enforcers' union NBB is pleased that Halsema decided to take this step. "This is a breakthrough. We are very satisfied with this. The municipality now sees that something needs to happen.