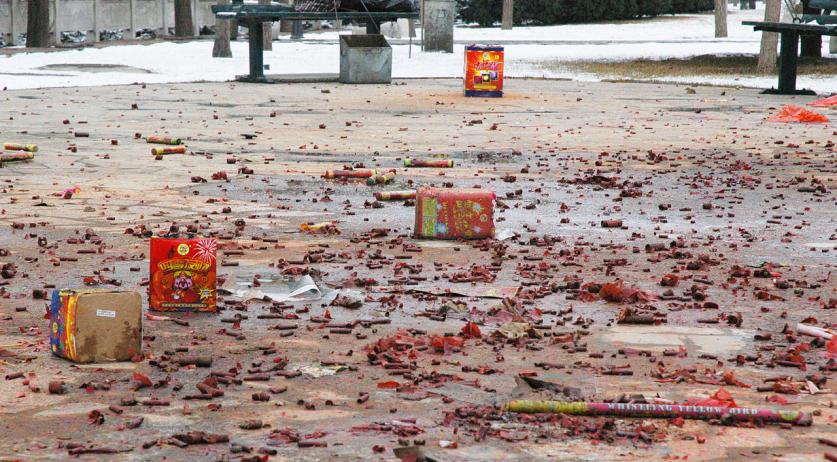 The police, Dutch mayors and various large companies issued a joint call on the Dutch government to ban firecrackers and rockets. They want to uphold the tradition of lighting your own fireworks over New Year's, but only with "safe decorative fireworks", they said in a full-page advertisement that will soon appear in national newspapers, RTL Nieuws reports.

Under the heading "The Netherlands deserves a safe New Year's Eve", the organizations write: "Millions of euros in damage, aggression against the police, enforcers, aid workers and security guards, hundreds of injured people, fatalities. What should be a party is the most dangerous evening of the year. Cabinet, take action!" They conclude the ad with the words: "We again want a festive and safe New Year's for everyone!"

Signatories include the police, the Dutch association of mayors, the municipalities of Amsterdam, Rotterdam, Utrecht and The Hague, various police unions, the association of doctors, public transport companies, PostNL, and insurance company Achmea.

The Dutch Safety Board previously also called for a ban on firecrackers and rockets, saying that these types of fireworks cause the most injuries and damage. Minister Ferdinand Grapperhaus of Justice and Security decided that a nationwide ban is too far reaching and left it up to the municipalities to determine themselves how they want to handle fireworks over New Year's. The municipalities responded by implementing firework-free zones and designated areas where fireworks can be lit.