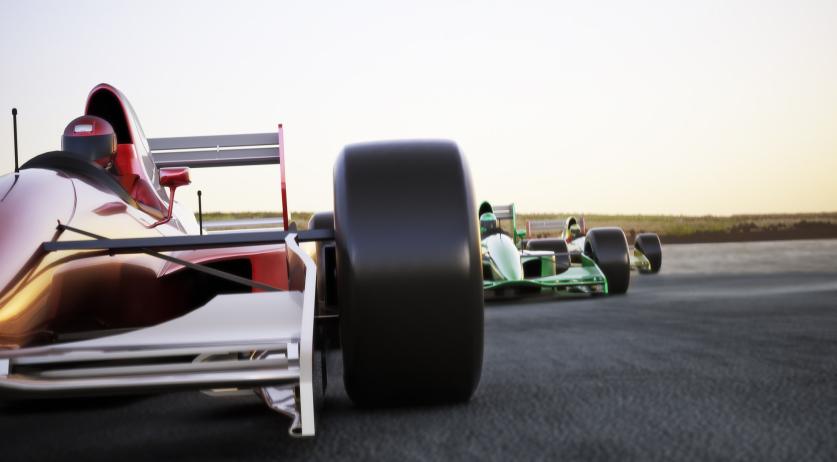 This week it will be announced whether the Zandvoort circuit will be allowed to organize a Grand Prix again for the first time since 1985 next May. To prevent the roads to the town completely overflowing, the circuit already announced that it wants Formula 1 fans to use public transport as much as possible. NS is keen to cooperate and already mapped a Formula 1 timetable. The only problem is that the overhead lines in the area won't be able to cope with so many trains, AD reports.

NS normally transports a maximum of 5 thousand travelers to Zandvoort per day. On a Formula 1 weekend, the Dutch rail company will have to take at least 50 thousand people, but likely closer to 200 thousand people, to the Noord-Holland town. To manage this, NS wants to run 12 trains per hour, instead of the current four trains per hour. Six intercity trains and two sprinters will run to and from Amsterdam, plus four sprinters to and from Haarlem. The intercity trains will be extended to 10 carts per train, the sprinters to 12.

"In this way, NS can bring an average of 12,500 to 15 thousand visitors per hour to Zandvoort aan Zee", NS spokesperson Erik Kroeze said to AD. That means that the Zandvoort station will be as busy as Eindhoven or Amsterdam-Zuid stations.

NS has enough trains, drivers and conductors to manage this, though personnel will have to be called up from all over the country. But there is a problem. "The extensive timetable and long trains are impossible with the current energy supply on this route", Kroeze said to the newspaper. "We urgently request ProRail to improve the overhead line. More energy needs to go there." The request was officially made in the 2020 Timetable Decree. How much these upgrades will cost is not yet clear, but it will certainly be a considerable amount.

ProRail agrees that the Zandvoort line is currently "totally unsuitable for running 12 trains per hour to and from Zandvoort", spokesperson Jaap Eikelboom said to AD. "The acceleration and deceleration of more and longer trains require a lot of power. Six trains per hour is the maximum attainable. They will also run during the Jumbo Racing Days this week. A test with eight trains last year immediately caused malfunctions."

The rail manager also sees more problems. Zandvoort station only has two platforms, and there seems to be little room for expanding to a third platform. This means that large groups of travelers will have to very quickly get on and off the trains before the next one arrives. Twelve trains per hour also means that the crossing at Overveen will be closed almost permanently. "After all, 24 trains per hour will then pass there and back. The booms are easily closed for a minute per train."

If ProRail is unable or refuses to upgrade the overhead line on the route, NS says it can transport a maximum of 100 thousand passengers with a lot of creativity. "Not enough to make this big event accessible to the general public." According to the rail company, the upgrades will also be useful outside of the Formula 1. NS wants to increase the timetable to Zandfoort during beach season from four to six trains per hour. And there are various other major events in the town every year. "Formula 1 is an excellent reason to do this now."