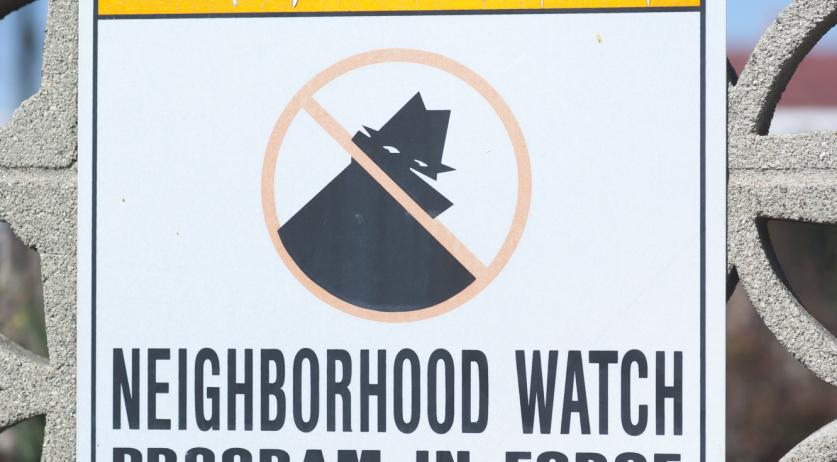 Lub's research showed that two out of three municipalities encourage neighborhood prevention. Police and administrators think it is good that citizens are actively involved in preventing and detecting crimes in their neighborhoods. The only thing missing is prevention policy, Lub said. "Municipalities often can not explain the citizens' purpose  and that leads to the citizens themselves formulating goals", Lub said to the broadcaster.

This entails risk. Civilian guards are even being created, comparable to fighting groups, the researcher said. "In those teams or apps it is no longer about preventing burglary, but citizens want to tackle nuisance-causing youngsters. Or they want to make it impossible for collectors to enter the neighborhood." Lub mentioned examples of civilians who had tied up a suspicious person with cable ties. And citizens who had blocked a roundabout after reports of a burglar.

Because there are little to no rules, it is also not formulated within which moral frameworks neighborhood watches can operate. And this leads to risks of ethnic profiling. "There are several known cases of people who find it suspicious if someone of Turkish origin walks down the street. Or of residents who went to write down Romanian and  Polish license plates", Lub said. And if training is given, it is often only about the practical side of neighborhood watches and apps. "Such as how the reporting system works or how you deal with someone aggressive. But it is not about the question when is something or someone suspicious?"

Lub therefore recommends training in which these issues are addressed. Municipalities must also get a better overview of the groups in order to prevent the creation of civilian militias. "It's already going very far. Sometimes citizens are already deployed to do a neighborhood investigation after a burglary. There is a reason the police normally do this. A random neighbor is not always unbiased in his investigation", Lub said.