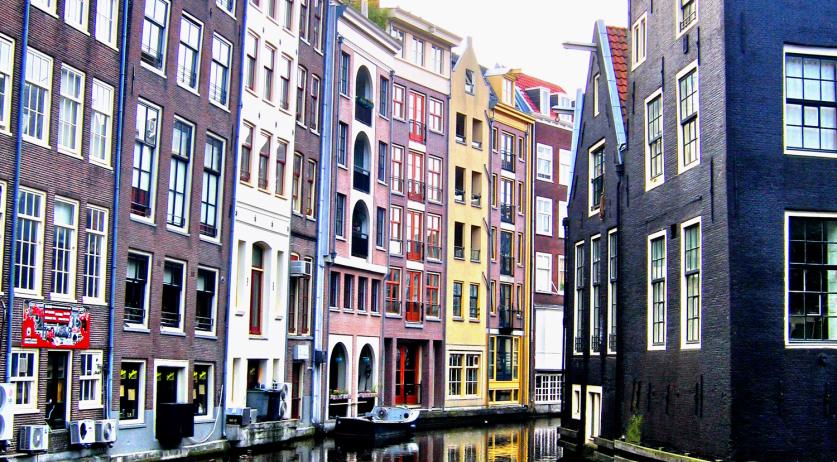 Expats, foreign students behind Amsterdam housing price spike; Up 70% since 2013

Expats and foreign students are a big driving force behind the spike in Amsterdam housing prices, ING's economic office said in a report. Housing prices in Amsterdam increased by an average of 70 percent since the low point on the housing market in 2013, compared to the national average of 30 percent.

Since 2012 the number of expats and other migrant workers in Amsterdam increased by around a third to 9,600 in 2018. The number of foreign students in the city increased from around 1,800 in 2012 to around 50 thousand last year.

Every year only a small part of the Amsterdam housing stock comes into the market. The lion's share of labor migrants and foreign students will look for a home in the free rental- and owner-occupied housing sector. Since 2012, the annual increase in the number of homes in this sector has been below the influx of migrant workers and international students. The inflow of these two groups is currently nearly three times as large as the increase in the housing stock available to them.

Labor migrants often earn more than the average Amsterdam resident. In 2017 some 46 percent of the newly arrived migrant workers in the city earned 50 thousand euros per year, compared to 27 percent of all Amsterdam residents. Expats and foreign students are also often in a hurry to find a home - they're bound to a starting date or the start of term - and therefore more willing to pay more for a home.

The additional demand for rental properties also means that rents are rising, which in turn makes it more attractive for private investors to buy a property to rent it out. "Private investors who assume higher expected rental income will then be willing to offer more to buy a home", the bank said. This also pushes Amsterdam housing prices higher.