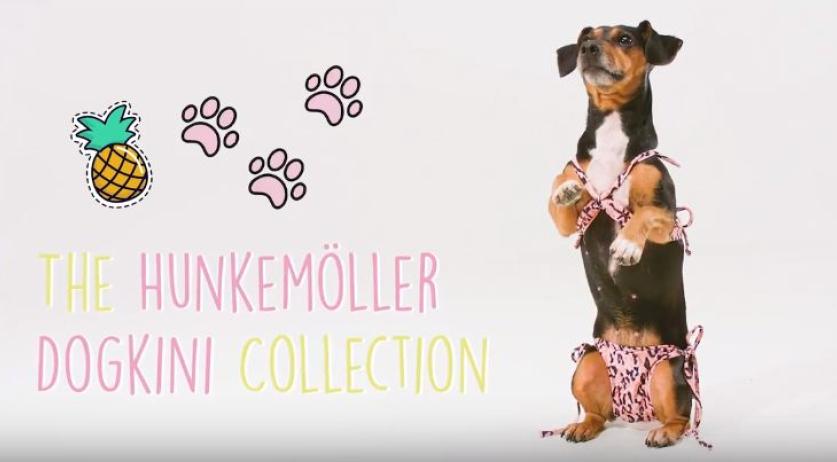 April 1st has long been a day dedicated to fooling, tricking or pranking one another, and as always Dutch businesses stepped up to the challenge this year. With April Fool's day falling on a Monday, a number of businesses already launched their gags last week and over the weekend. Here are a few of the best, found by Marketing Facts.

Clothing manufacturer Hunkemöller is apparently launching a range of Dogkinis - bikinis for dogs, so that you can take photos with your furry friend on the beach, according to an ad posted on YouTube.

Basic-Fit launched the Netherlands' first No Sweat Selife-Zone in its Amsterdam gym on Stadhouderskade. This zone comes equipped with everything you need to take a gym selfie, without actually having to exercise. The equipment includes a water spray bottle, so that you can give yourself that just-gymmed-sweaty look.

Pharmacy A. Vogel launched an ear spray to treat 'selective hearing', which apparently particularly affects children and men, according to an ad.

Bas Welling of advertising company Wefilm warns companies not to wait too long to own up to their joke. "Certainly in these times of fake news", he said to RTL Z. As an example of a bad joke, he mentioned HAK, who in 2009 announced that it would scrap its popular product kidney beans 'because of the greenhouse effect'. "The criticism that came from that is exactly what you need to prevent", he said to the broadcaster. "With such an action you evoke negative reactions. And it is simply not very funny."