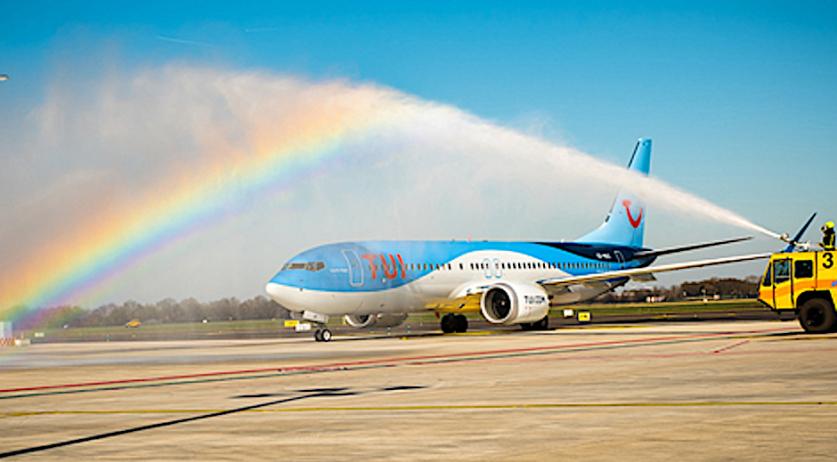 The Dutch government closed its airspace to all Boeing 737 MAX 8 aircraft following the second major crash involving that model in less than four months, killing 346 people. The decision was made on Tuesday by Cora van Nieuwenhuizen, the country's Minister of Infrastructure and Water Management, a spokesperson confirmed to NL Times.

It was not known how long the airspace would be closed to the Boeing model, the spokesperson added, saying that the minister was also consulting European aviation officials. About two hours later the European Union Aviation Safety Agency said the entire EU's airspace was off-limits to the 737 MAX 8 and 737 MAX 9. The directive was scheduled to take effect at 8 p.m. Netherlands time.

"Following the tragic accident of Ethiopian Airlines flight ET302 involving a Boeing 737 MAX 8, the European Union Aviation Safety Agency (EASA) is taking every step necessary to ensure the safety of passengers," the agency said in a statement. "EASA is continuously analysing the data as it becomes available. The accident investigation is currently ongoing, and it is too early to draw any conclusions as to the cause of the accident."

Ethiopian Airlines flight 302 crashed six minutes after departing Addis Ababa on Sunday, killing all 157 people on board. Another 189 were killed when a Lion Air 737 MAX 8 slammed into the Java Sea about 13 minutes after departing Jakarta, Indonesia, last October. By Tuesday evening some 20 individual nations had closed airspace to the plane including Ethiopia, where the weekend crash took place, and also Australia, Brazil, China, France, Germany, Indonesia, Mexico, Morocco, Turkey, and the United Kingdom.

Shortly before Van Nieuwenhuizen's decision was made public, the parent of Dutch charter airline TUI Nederland said it would halt use of its three Boeing 737 MAX 8 airplanes. The call to ground the planes was made by British-German parent TUI Group, which made the move after the UK Civil Aviation Authority ordered the flights to remain on the ground.

"TUI will also discontinue all Boeing 737 MAX 8 flights across all airlines of the TUI Group for the time being, to allow for more time to discuss the matter with the respective authorities and the manufacturer," the company said in a statement. "TUI will inform customers booked from tomorrow on respective flights about alternative transportation."

The Dutch charter offers flights from Amsterdam's Schiphol Airport, as well as the Eindhoven, Groningen, and Rotterdam-The Hague airports. The airline's flights from Schiphol to Gran Canaria (and on to Arrecife), and Tenerife on Wednesday are still listed on the Schiphol website as "on schedule" and utilizing the aircraft in question. Also, a handful of flights on Thursday, including to Boavista Island, Ilha Do Sal, Marsa Alam, and Arrecife could be affected.

Corendon also makes use of the Boeing 737 MAX 8. It is scheduled to fly the aircraft from Schiphol to Antalya later this week.