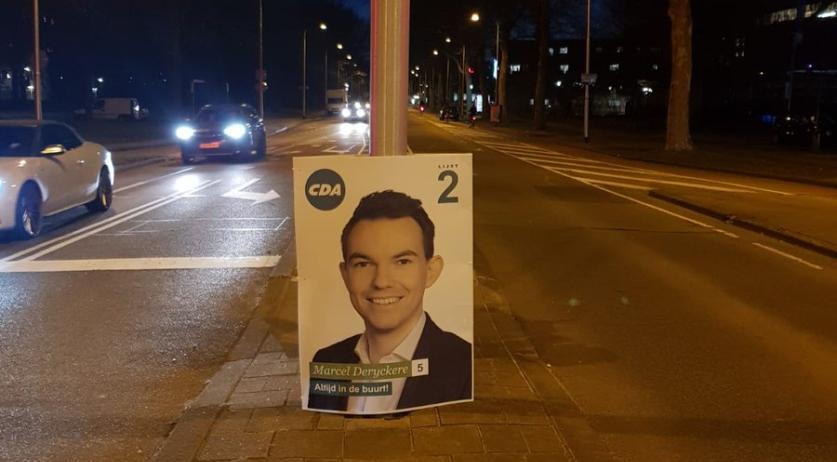 Three CDA politicians reported the disappearance of around 30 election posters to the police. They believe the posters were deliberately stolen. On Twitter CDA Provincial States member Marcel Deryckere called it "extremely sad" that these signs were stolen. "Campaigning is a celebration and elections are the culmination of our democracy."

The affected CDA members are one candidate for the Noord-Brabant provincial government, and two candidates for water boards, according to Omroep Brabant. The posters were stolen from the public space, for example from lamp posts.

"It is sad that vandals remove other people's property", Deryckere said to the broadcaster. "But by filing a report we want to send a signal: don't just take it if your belongings are taken or destroyed and report it to the police."