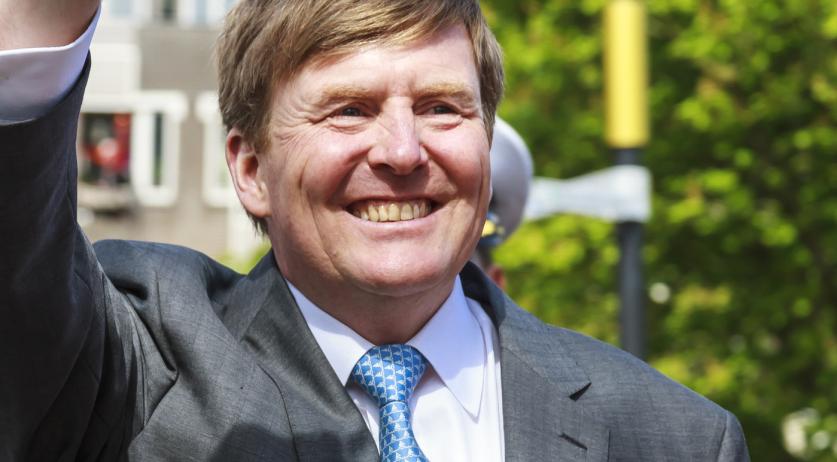 King Willem-Alexander visited neighborhood Bospolder-Tussendijken in Rotterdam-West, known as one of the worse neighborhoods in the city, at the invitation of mayor Ahmed Aboutaleb on Tuesday. While the mayor invited the Dutch King, his visit was a complete surprise for local residents, NOS and the Volkskrant report.

The municipality of Rotterdam decided to tackle the neighborhood, called BoTu by local residents, a few years ago after the discovery of a large amount of ammunition intended for terrorist activities in France. The King discussed this approach with Aboutaleb and Danielle van den Heuvel, the Rotterdam official responsible for the approach, while they walked through the neighborhood. The King also spoke to a number of residents who are trying to improve the neighborhood with Van den Heuvel, and thanked them for their efforts.

The King's arrival was met with shouts and cheers from local residents, when they noticed him getting out of the car on Mathenesserweg, according to the Volkskrant. "Oh my god!', and "Wow!" could be heard from all sides, while bystanders pulled out smartphones for video proof of their encounter with the King. "Oh how nice... it was such a mess here", one resident said to the newspaper. And a young mother with a pram: "I've never seen the king of Morocco, but now I've seen the king of the Netherlands!". When popping in to a new coffee bar called Maak, a Austrian student could be heard asking: "Who's the guy that just came in?" With hissing replies: "It's the King!"

In 2015 there was a shooting on Mathenesserweg, during which stray bullets flew through the window of a room where a baby lay sleeping. After this incident, and the discovery of the ammunition, mayor Aboutaleb decided to visit the neighborhood at night, to see what life is really like there. Incognito, the mayor walked into four buildings, where official foundations had been established, according to NOS. "When I took of my cap you heard everywhere: 'Aboutaleb, Aboutaleb, Aboutaleb.' Cash registers rang, doors closed, administration was hidden. They were all gambling halls, which are gone now", the mayor said.

Over the past years, multiple businesses on Mathenesserweg were closed. In many buildings activities were happening that did not correspond to the issued permit. Violent incidents have not yet been completely eliminated in BoTu, but the security situation improved considerably over the past two years. According to the Volkskrant, there are also plenty of initiatives against illiteracy, against domestic violence, and to help local residents out of debt - the neighborhood is one of the top five poorest postal codes in the Netherlands. Homes are also being renovated.

According to Aboutaleb, there is still years of work to do to further improve the neighborhood. The ambition is that BoTu will soon be just an average neighborhood in a large Dutch city.