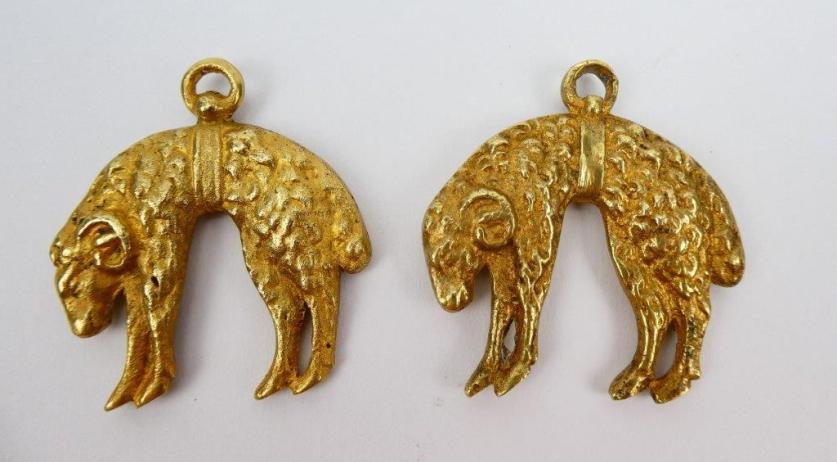 The so-called Golden Fleece in the Flipje en Streekmuseum in Tiel is a fake. The 'golden pendant', said to belong to Tiel knight Claes Vijg, does not date from 1559 nor is it made of gold. It's a bad copy made of brass with a thin layer of gold paint, museum director Alexandra van Steen discovered, De Gelderlander reports.

"During an inspection round I noticed that there was a residue on the Golden Fleece", she said to the newspaper. That wouldn't happen to a precious metal like gold. Closer inspection showed that the pendant is too light to be made of gold. The Cultural Heritage Agency investigated the composition and came to the conclusion that it was made of brass, with a thin layer of gold paint.

The pendant has been on loan to the museum from an American collector since 2013, and has been hanging in the museum under heavy security since March 2014. The piece was found in the ground around farm Thedingsweert in Tiel in the 1970's and has since been insured for 100 thousand euros.

Further investigation revealed that the Golden Fleece in the Streekmuseum was actually made by Bijouterie Du Spectacle - a company in Paris that makes film and theater props - in the 1950's. The pendant will stay in the museum for the time being. "But whether the real Golden Fleece of Vijgh still exists and where it is, that is still a mystery", Van Steen said to the newspaper.