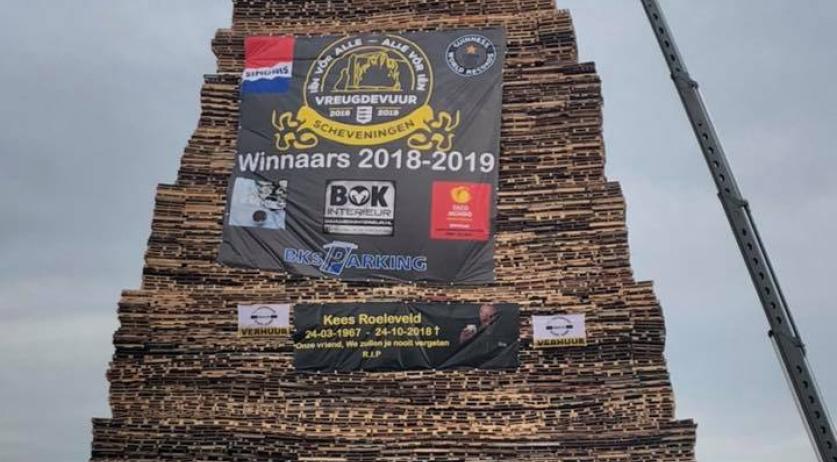 The minutes of the meeting go on to say that "so far no declarations or reports were made of threats by builders or employees of the municipality". Mayor Pauline Krikke was also at the meeting.

An incident at the Duindorp beach on the night of December 30th was also discussed. Several trucks drove through the barriers to the bonfire tower. The mayor decided not to intervene, "in view of the actual circumstances such as the nighttime hours, the location on the beach, the lack of direct availability of riot police, and the fact that the builders were under the influence", according to the minutes.

On Thursday the municipality of The Hague released all documents that were shared with the Dutch Safety Board for its investigation into the New Year's bonfires. This involves documents spanning 25 years.

At the end of January the municipality released the covenant made about the New Year's bonfires. It showed that the municipality of The Hague had not kept to its own agreements in the construction of the bonfires. According to the covenant, the bonfire towers can only be up to 35 meters high. This past New Year's the tower on Scheveningen beach was 48 meters high. The builders later said that they were not aware of the agreements.

Over New Year's strong winds blew tornados of sparks from the Scheveningen bonfire over the city. Dozens of fires started, damaging a number of homes and vehicles. No one was injured.