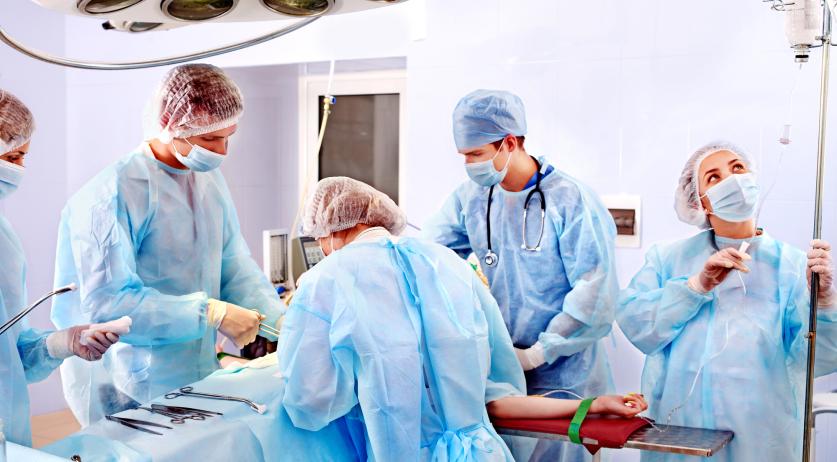 People undergoing surgery at night are at a higher risk of suffering complications and having to stay in hospital for longer than those undergoing surgeries during the daytime, according to an international study involving 146 hospitals across 29 countries, the British Journal of Anesthesia announced in a press release. According to the BJA, this is the first study looking into the occurrence of common adverse events during night-time and day-time surgery.

The international research team looked at a total of 9,861 surgeries on adult patients in 146 hospitals across countries in the United Kingdom, Europe, North- and South America, the Caribbean, the Middle-East, Eurasia, and Southeast Asia. 555 of these surgeries, 5.6 percent, were done at night time - between 8:00 p.m. and 8:00 a.m. The rest were done during the day. 74 percent of the patients operated on at night underwent elective, pre-planned procedures, rather than urgent or emergency operations.

The researchers found that the overall occurrence of adverse events was far higher during night-time surgeries, adjusting for types of surgery and patient characteristics. 44 percent of patients who underwent surgery at night suffered adverse events during surgery, including low blood oxygen levels, partial collapse of lung tissue, and new arrhythmias. Among patients who underwent day-time surgery, 34 percent experienced such complications.

The study did not look into why it was more risky to have surgery at night. Though the researchers did mention that literature already highlights the performance of medical teams during the night, which could be affected by human factors like mental or physical fatigue and reduced alertness. Lower numbers of overall healthcare staff and fewer of the most skilled team members being present at a hospital at night may also play a role.

"Since the results of our analysis suggest that timing of surgery impacts on the outcome for patients, it seems imperative to make the balance between risks and benefits case by case", report author Dr. Andrea Cortegiani of the department of Surgical, Oncological and Oral Sciences at the University of Palermo in Italy said. "It could be argued that surgery outside daytime working hours should only be done if this is normal practice, meaning that the teams responsible are incorporated and prepared to perform these surgeries during these time-slots."

The authors noted that the overall occurrence of adverse events was far higher than they had anticipated, but believe this can be attributed to the comprehensive and prospective nature of their investigation.  They added that the results were broadly in line across all global regions, indicating that their findings are relevant worldwide.