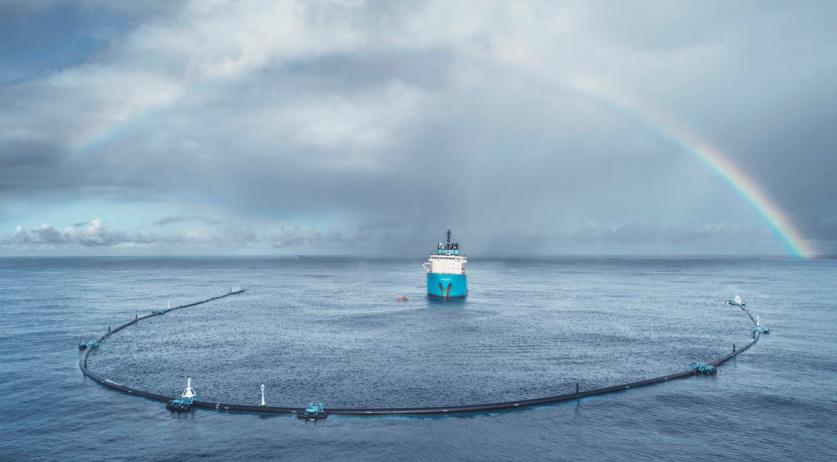 Dutch man Boyan Slat's Ocean Cleanup project is not working quite as it should. The system is moving too slowly to hold on to the plastic it collects in the Great Pacific Garbage Patch. But Slat is confident that this problem can be solved, he said on Twitter.

"Most aspects of concept have been confirmed (wind vaning, intercepting plastic, wave following) - it's just not moving fast enough yet. This is fixable", he said.

The Ocean Cleanup team took hitches in the project into account, the 24-year-old Slat said to the Volkskrant. According to him, the project is anything but failed and the system will not be returned to the port of San Francisco for any modifications to the design.

In 2012 Slat took world news by storm with his ambitious project to clean up the world's oceans. He designed the project as a high school student after he went diving near Greece and was shocked by the amount of plastic in the water. The Ocean Cleanup system consists of large, solid barriers that will guide floating plastic to a central collection point using the currents of the ocean.

Over the past few years Slat raised over 30 million euros for his plan. Thanks to these financial donations, Slat and his team were able to work on his 'plastic catcher' for five years, making some 273 scale models that were tested in various ways, according to NOS.

Two months ago, the 600 meter long plastic catcher left the port of San Francisco for the Great Pacific Garbage Patch, an 80 million kilograms patch of plastic soup three times the size of France floating in the Pacific Ocean between California and Hawaii. At the time Slat said his biggest doubt was whether the system would actually collect and hold the plastic. This aspect could not be tested properly, because the conditions at sea and the size of the plastic particles were difficult to reproduce in a lab.