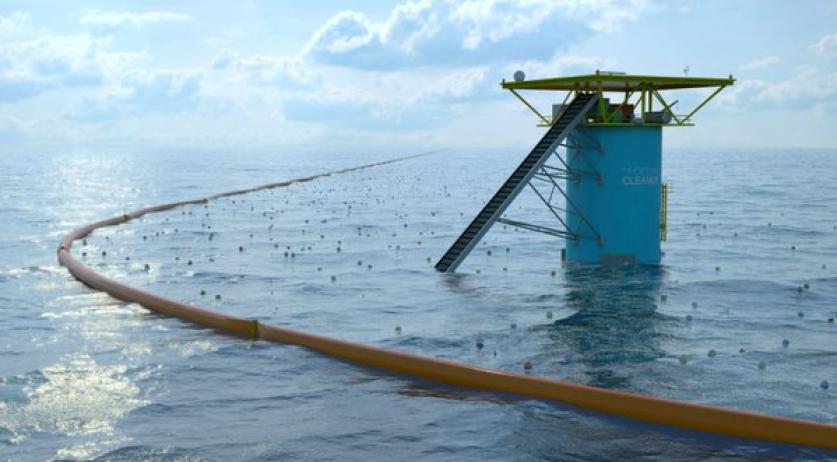 The great ocean cleanup by 24-year-old Dutch man Boyan Slat and his company Ocean Cleanup is finally underway. Slat's 600 meter long 'plastic catcher' departed from San Francisco on Saturday and is on its way to clean up the plastic soup in the Pacific Ocean between California and Hawaii, NOS reports.

Slat is proud and delighted that the project is finally happening, after 273 scale model tests, six at-sea prototypes, a comprehensive mapping of the Great Pacific Garbage Patch and several technology iterations. "All these years we've only seen it on computer models, so this is really special. On the other hand I feel stress, because now we have to prove that it really works", he said to NOS.

The Great Pacific Garbage Patch is a massive patch of plastic soup floating in the Pacific Ocean between California and Hawaii. The waste there weights a total of around 80 million kilograms and covers an area three times the size of France.

The Ocean Cleanup system consists of large, solid barriers that will guide floating plastic to a central collection point using the currents of the ocean. According to the company's models, a system with 100 kilometers in barriers can clean up half of the plastic currently in the oceans within 10 years.

Slat hopes that this project will also prompt the world to think differently about how we deal with plastic. "It is especially important to make sure that no more plastic ends up in the ocean. I hope that everyone who sees plastic on the street will clean it up."

The ship first set sail for an island about 450 kilometers off the coast of San Francisco, where the final tests will be done over the next two weeks, according to NOS. Then the journey continues for another 1,800 kilometers to the Great Pacific Garbage Patch.