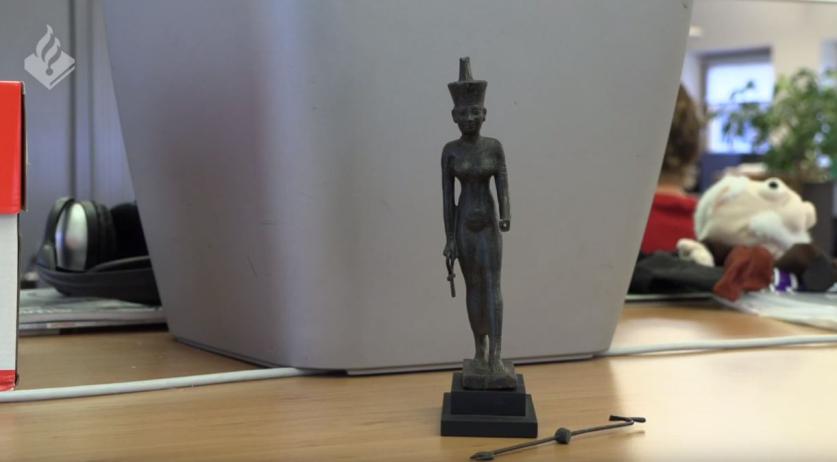 The police arrested a 16-year-old boy for stealing 150 thousand euros worth of museum pieces from a museum in Amsterdam. The young thief was caught when he went to an art dealer with an Egyptian figurine from the 4th century BC asking for more information about the object, the police said.

The teenager was unlucky in his choice of art dealers, because this dealer had previously sold that specific figurine to an Amsterdam museum. She decided to call the museum and ask whether they had lost it, and that turned out to be the case.

At the boy's home the police found the figurine in question as well as several other pieces from the museum. It turned out the boy had stolen around 150 thousand euros worth of figurines, books and a parchment role.

The boy confessed to the thefts. He told the police that he has a fascination for art and archeology. "He read a lot about it and saw pictures of it and he wanted to experience and feel the objects in real life, that's why he took them", art crime detective Jeffrey Zwaak said. He called this case unique.

All the stolen items were returned to the museum and the museum tightened its security procedures. The police did not say which museum was involved.